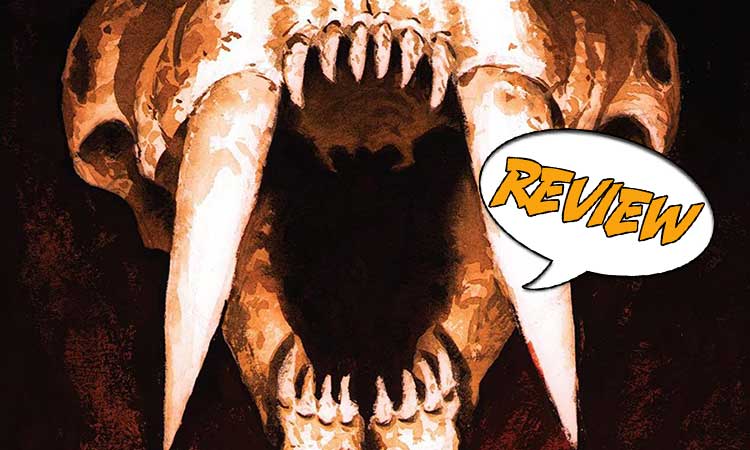 The Wolf and The Crow #1 Review

In The Wolf and the Crow #1 from Action Lab Entertainment the Lotari Tribe are hungry.  The men are led on a dangerous mammoth hunt by their chief, Brod, while the women forage for fruit and roots.  But old tensions rise to the surface as Brod’s rival Bull questions his leadership.  Can the tribe come together to survive, or will darker impulses rule?  Find out in your latest Major Spoilers review!

THE WOLF AND THE CROW #1

Previously in THE WOLF AND THE CROW: The Lotari Tribe is made up of several family units and trek across the virgin plains and forests tens of thousands of years ago.  Hunger is their motivating force, but political elements come to play as they who are ruled, seek themselves to rule.

The Wolf and the Crow #1 is one of the best opening issues of a comic I have read this year.  Dan Gordon has created a believable world just this short of fantasy, with real world trappings that will be instantly familiar to readers.  And the art…wow, the art!

The Latori Tribe, like any other community, faces strife both internally and externally.  Most of you reading this won’t know what real hunger is; sure, I might have a craving for Burger King now and then, but I know that it’s only a short trip in the car to get some carbohydrate and saturated fat goodness.  For the Latori, hunger means none of the tribe eats, and with hunger, comes desperation and the prospect of a power struggle tearing their community apart.

The prime story in this opening issue is the mammoth hunt to eliminate the hunger problem.  As with any good writer, Gordon ensures that the hunt isn’t the only problem the hunters face.  Chief Brod isn’t the young man he once was – where athleticism and strength was once enough, he now has to rely on cunning and experience to lead his people, and survive.  When Bull, an up and comer with ambitions, lets those ambitions get the better of him, Brod strikes out, earning himself an enemy.

Back at the camp, the women and children forage for food.  This is no less interesting than the hunt, and itself provides story seeds for the rest of the issue and beyond.  The character, Mother, provides an entertaining life lesson to her young daughter, while teenager Nat discovers something…odd about his peer, Kull.  This is the point where the story edges over the line into fantasy but…in a world with no science or technology, where the Latori huddle in fright against the elements, where the line between life and death is one mistake away, the idea of the supernatural is entirely natural.  It will be an interesting thread in the future, but one hopes it doesn’t dominate.

COME FOR THE STORY, STAY FOR THE ART

Ismael Hernandez provides the art for The Wolf and the Crow #1, and boy, does he bring his A game.  Ancient man is well known for his cave art, that vibrant expression of a primitive world view.  Hernandez brings something like that to this issue – though with a painter’s eye.  It’s like looking at watercolors, with an expressionist’s ability to convey a scene or a mood not with a definitive drawing, but with more a sense of proceedings.  His coloring is especially expressive, with lots of browns and greens bringing to life a field or a forest untouched by the hand of man.  Hernandez’s world is one that is entirely filled with nature – no hard lines, to straight edges, just a flowing pen and beautiful coloring.  Really, I like the ability to express it in full, so I strongly urge you to buy the issue and see for yourself.

BOTTOM LINE:  First issues tend to be the high point of any story – the writer and artist are primed to give their opening bow their best shot.  But I think that The Wolf and the Crow #1 is a taste of what promises to be an exciting new series, filled with beautiful art, characters who scheme and plot and work together as much as they work against each other.  This is a must have.

The Wolf and The Crow #1

97%
97%
A Taste Of Things To Come
The tale of a tribe of primitive men and women struggling in a hostile world is not light years away from a more modern story. Hunger, ambition and pride are motivating forces whichever age of man a story is set. The Wolf and the Crow #1 is an excellent opening issue, and I for one am looking forward to reading many more in the future.
action lab entertainment Dan Gordon Ismael Hernandez Review Shawn Gabborin The Wolf and The Crow
Share. Facebook Twitter Pinterest LinkedIn Tumblr Email
Previous ArticleCritical Hit #552: The Return to the Fen of Winters (VS06-103)
Next Article Major Spoilers Question of the Day: No Longer A Spoiler Edition