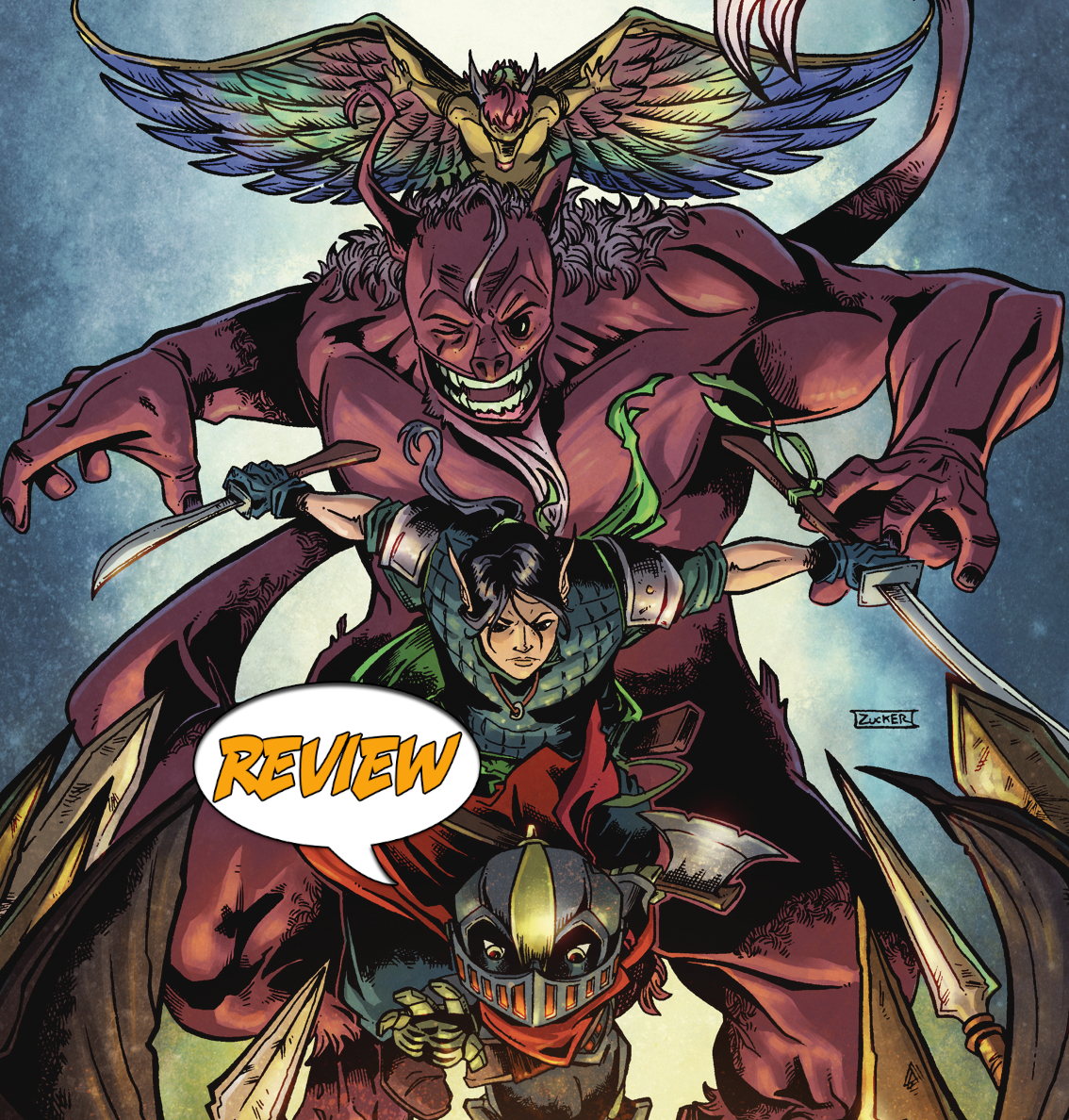 We follow our short protagonist to meet his last test before meeting the Shrouded Man and recover his love’s heart. Will Canto survive? Find out in Canto #5 by IDW Publishing! Previously on Canto: Canto is headed to the Emerald Tower to find the Shrouded Man but the Furies stand in the way. Will Canto, Malorex, and this mysterious warrior be able to defeat the Furies or will Canto’s hero’s journey come to a thrilling conclusion.

At the City of Dis, Canto and his crew are fighting the Furies, a group of devil like siblings that act as guardians to the Shrouded Man. Both sides fight extremely well despite the Furies having a flying advantage but Canto’s team defeats one of the furies. With this advantage, Canto moves forward alone while his friends fight the remaining two enemies. At the Emerald Tower, Canto finds a statue that reveals himself to be The Shrouded Man. However, Canto believes he is the hero from the story that he takes hope from. The figure encourages Canto to look into the water and see his reflection; the reflection of a knight who has failed his quest.

I was slightly disappointed that the first half of the story was a prolonged fight scene with the Furies. I like action and it still was well paced, it is just this much action isn’t my personal cup of tea. However, there was a critical line that was said within this fight scene. Canto stated, “I will try.” I don’t know why but this line really struck true to me. The entire premise of Canto is that the hearts of Canto’s people have been replaced with clocks. This little guy gives us hope to the heartless! Immediately as a reader I want to root for him despite being a fictional character. There are few characters that can grasp my heart like that in such a short amount of time. Often, writers have to earn my trust to become attached to their characters and Booher did this in just the simple line of “I will try.”

The overall story of trying to get one’s heart back isn’t new. (Kingdom Hearts anyone?) The heart is a symbol of one’s emotions and passions. When Canto looks at himself at the ending of the book as a knight who has failed; my heart is crushed and Canto’s hope is lost. The writer is leading to the conclusion of this series for next issue and I’m looking forward to this build up to resolve. I will go into this 6th issue looking to have my heart broken and repaired by our hero and his small hatchet axe.

BOTTOM LINE: IT IS A GOOD MIDDLE CHAPTER

I was a little uncertain with the first half. It was a lot of action and wasn’t for me. When the combat stops and the plot progresses, I felt my emotions surge with support for the little guy. 4 out of 5 stars for Canto #5 from me.

This little guy gives us hope to the heartless! Immediately as a reader I want to root for him despite being a fictional character.