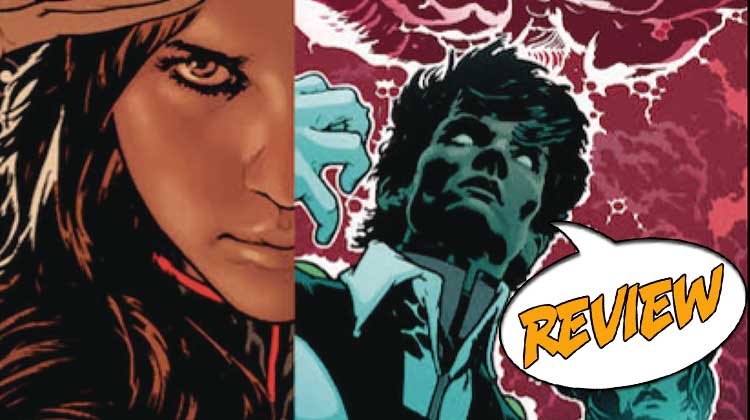 It all comes down to one chance as the crew of the SDF-1 fight a final battle against the Invid Regess and her forces. Witness a massive battle with more twists than a roller coaster in ROBOTECH #24 from Titan Comics, on store shelves now. Previously in ROBOTECH: While in the middle of a large scale attack by Invid forces, the crew of the SDF-1 have come to the brink of defeat. Max Sterling and his future daughter Dana Sterling were separated from the Zentraedi warrior Miriya as she battle the invading forces. Rick Hunter and his squadron fight outside of the SDF-1 against a massive force of combatant. Karl Riber wages a one many destruction crew against the internal invaders. Even Breetai has taken a hand in defending the ship. Amazingly, they manage to fight off the attackers and learn of some good news. The ships fold generators have aligned back into their dimension ad are once again working. Captain Hayes makes a decision to take the fight to the Invid, while Rick and Minmei reveal that the Invid Regess is gathering protoculture not only from their universe, but from the Multiverse, and only they can stop her.

EVEN A CRAZY CHANCE IS STILL A CHANCE

A rescued Roy Fokker is being briefed on the current situation the crew of the SDF-1 have found themselves in. Rick Hunter is leading a team, which includes Dana Sterling, on the planet Optera to take the fight to the source and stop the Invid Regess. The plan is for the SDF-1 to cause a diversion while a scout pod is launched with the strike team aboard. Roy explains to Captain Hayes how he is the real deal, and was clones by her father and, with the help of a clone of the dead Captain Gloval, was able to open a portal and escape. But his is all just background, as the SDF-1 is currently engaging the Invid attackers again, this time transforming into its alternate mode and wreaking havoc. But the Invid Regess knows there is a possibility this is all a distraction for a more covert attack. Acting on that knowledge, the strike force finds themselves facing near insurmountable opposition. Meanwhile, high above Optera, the SDF-1 finds themselves staring in the face of an old enemy, and more attack craft than they can possibly handle. Luckily they get help from the most unlikely of places… and times.

THE END IS THE BEGINNING IS THE END…

Simon Furman (The Transformers, Alpha Flight) has managed to do what few writers ever have the opportunity to do, to take a title with an established fan base and continuity and to transform it into something which even the old guard love. Over 23 issues he has been taking the established continuity of the Robotech many of us grew up with and turned it into something which makes everyone excited for the future. By introducing a multiverse and alternate timelines he quickly justified the changes he had been cultivating and made the series fresh again. There is a reason this man is considered a success. Now, this is a busy issue! There is a lot going on and at time is can seem overwhelming, but Furman manages to keep it all in an orderly chaos that brings you, the reader, to a place where you are excited to see the result. It moves at a rapid clip and you don’t get a lot of breathing time, but it is satisfying in a way few finales are.

The artwork of Hendry Prasetya (Mighty Morphin Power Rangers, God Complex: Dogma) has been on deck for much of the Robotech run at Titan Comics and he continues his excellence art here with this final issue. As I mentioned before, this is a very fast paced issue and it would be easy for the art to become overwhelming. Prasetya manages the action well and it is easy to follow without being simplified. He continues his excellent work here, and I look forward to whatever his next title will be.

This is the last issue and that alone could cause a little hesitancy on the part of many fans. Furman, however, opens up a door to new possibilities which will make for an exciting future of new stories completely unfettered by established continuity. There are things which happen here that will have long reaching repercussions and it really will be a great time to be a Robotech fan.

Sending off the first volume of Robotech stories from Titan Comics with a bang, this is the issue which puts a capstone on many of the varied plot lines and characters. Pick it up to see what the hype is about, and enjoy it as a fan.

Robotech #24 marks the end of a stellar run and the beginning of a bright new future.