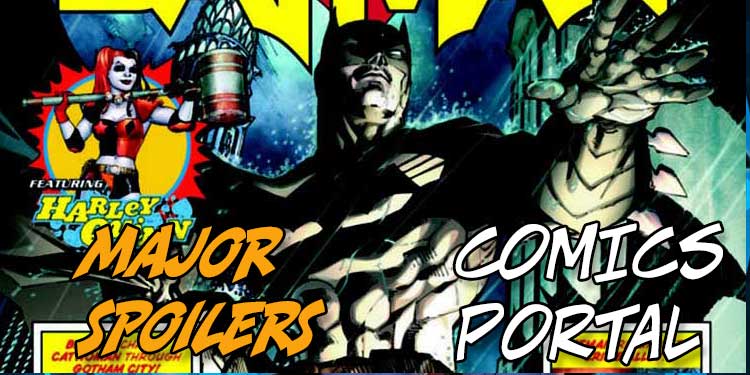 Something that’s been happening more and more in the comics industry is the effort to place comics in locations other than local comics shops. Recently, Toys R Us and GameStop have been working at it, but now there’s a new entry in this attempt.

As reported here at MajorSpoilers.com, DC Comics will start selling $4.99 monthly 100-page monthly anthologies with one new tale and several reprints in an attempt to attract new customers! This will happen in 3,000 participating Walmarts.

At the risk of repeating myself, all I can say is, go, Walmart, go! Here are two important paragraphs from that story:

I think this will benefit both the LCS and Walmart in that comics fans who want the new stories (as well as the anthologies) will be heading to Walmart more often. Also, each book sold is an advertisement for the neighborhood comics store. Hopefully, each issue will include information on how to find those establishments.

Will the books be found in Walmart’s magazine section? Or will they have their own, stand-alone display? I’m not sure. It may vary from Walmart to Walmart, so we’ll see.

WALMART IS AN EXCELLENT CHOICE I do know several comics fans who wouldn’t darken the door of a Walmart even if they were paid to do so. But I believe that’s a comparatively small percentage of comics fandom. The rest of us have to live on a budget and like to get a bargain when we can.

Not only that, but even isolated communities seem to have at least one Walmart in them. Whether they will participate in this effort or not remains to be seen, but 3,000 stores is a HUGE step up as far as getting comics product into the hands of the public.

Some folks have said that this won’t work because the only people who buy them will be fans. I have to disagree with that, especially in this era of superheroes being on TV and the big screen. If we can get Walmart some success with this, I think you’ll find more and more people wanting to know what all the fuss is about, so they buy at least one of these books to find out.

I used to say that my apartment was the house that Walmart built because everything I owned, except for comics, came from that superstore. TV, food, computer supplies, you name it … I could buy it a lot cheaper at Walmart than other locations. So I did. I will do my part in helping make this successful when I go to the two local Walmarts within driving distance to pick up the books starting in a few weeks.

I think this is a great start, but I’d like to see even more stores carry comics.

Could Marvel make arrangements to have Target sell books made especially for them? What about more localized chains?

I know, I know… what about the LCS? Will people end up going to Walmarts instead of their local shops?

I don’t think so, honestly. I’ve said it before, and I’ll say it again… to collectors who are concerned about condition, to fans who treasure their weekly journey to their LCS, to people who just like to shop at local comics stores, I don’t think this will be a deterrent. Instead, I think the opposite is true — it just might lure people to those establishments.

Will these volumes eventually be available in your neighborhood LCS? I guess that depends on how many of them they sell! Sell a lot, and I figure DC will want to make as much as they can, so they’ll offer them to stores! Sell a few, probably not.

And to those who think GameStop and Walmart will be in direct competition, I say, no! As it stands now, they will be selling different books. I believe the goal is to get people interested in comics, and as many stores as we can get them in, well, I’m all for it!

What do you think? Should Walmart be selling comics? Will this help local comics shops? Or are local comics shops the future of the industry? Whatever your opinion, please share your thoughts in the space below!