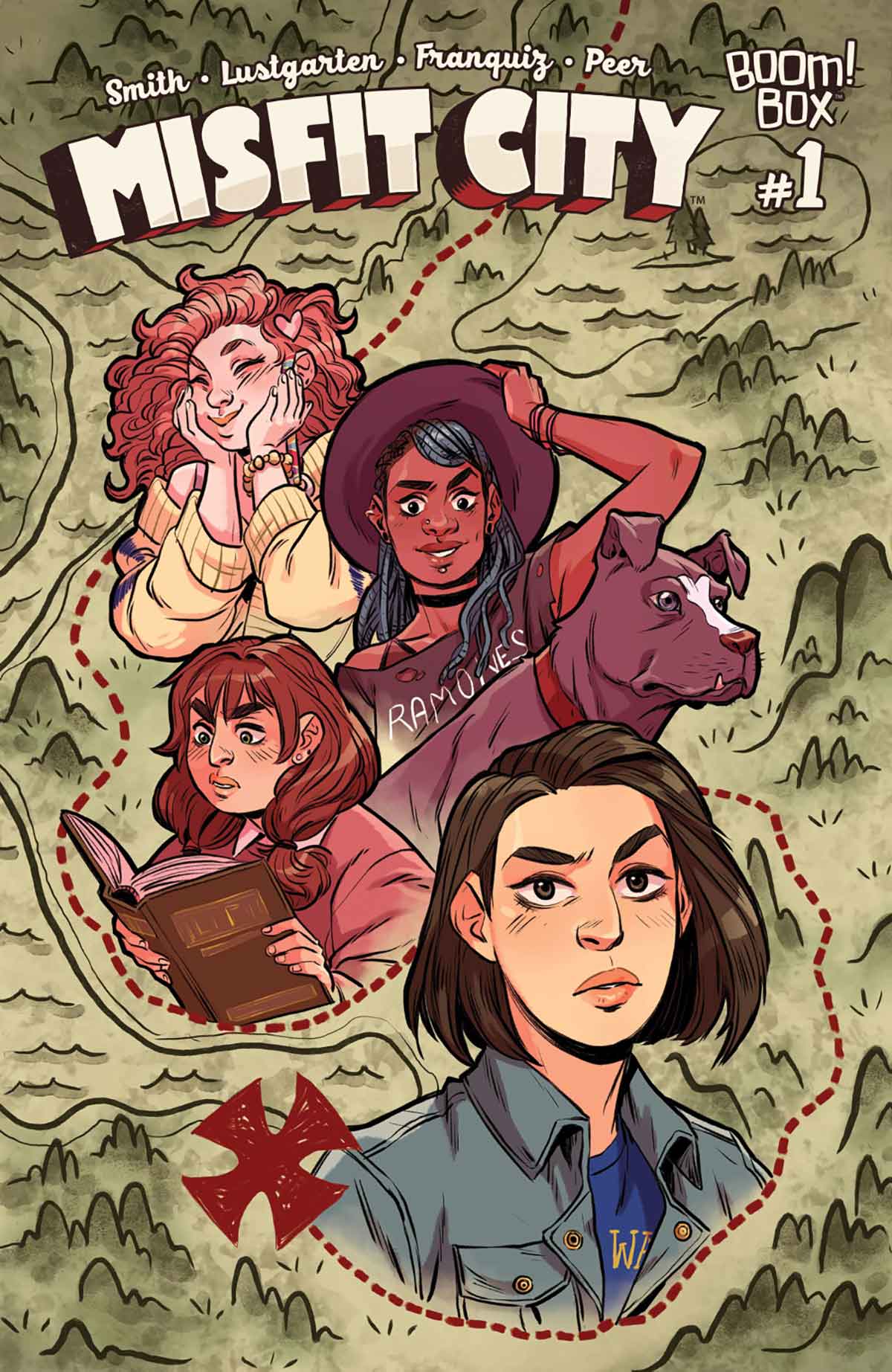 Misfit City launched this week from BOOM! Studios. To get more readers interested in the series, artist Naomi Franquiz has created a set of cards to introduce you to the cast.

Nothing’s happened in Wilder’s hometown since they filmed that cult kids’ adventure movie there in the ’80s…but that’s ancient history.

Until one day, she and her friends come upon a centuries-old pirate map drawn by someone named Black Mary…and find out there might be some REAL adventure in their tiny town after all!

Misfit City is in stores now.