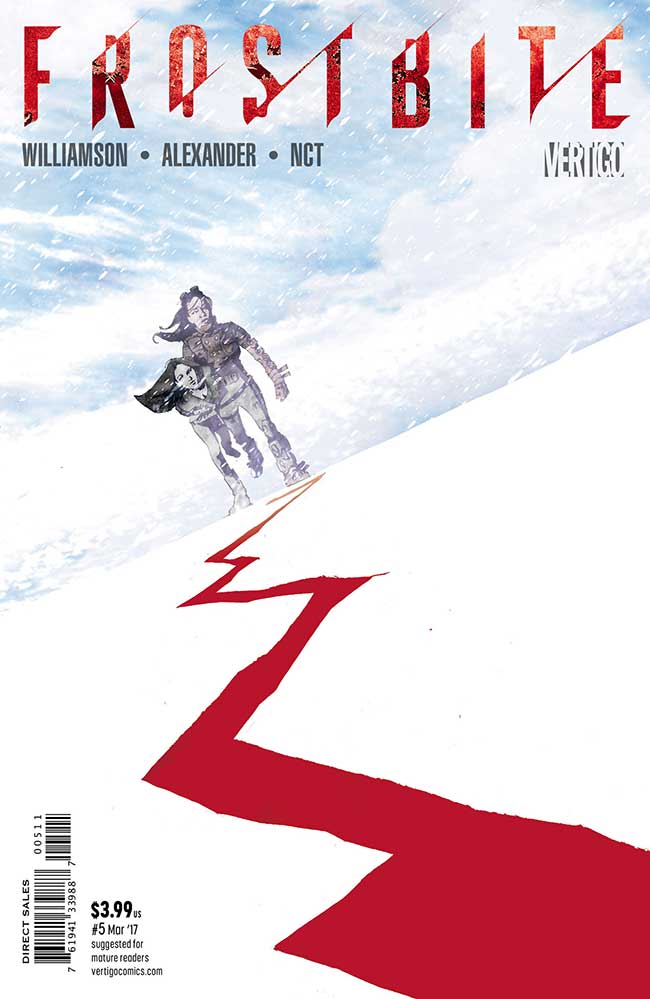 FROSTBITE #5
Written by: Joshua Williamson
Art by: Jason Shawn Alexander
U.S. Price: $3.99
Keaton and Vic are coming to the end of the road…but it’s not the end they had planned. Their destination was Alcatraz, but when Keaton’s darkest secret is revealed by her worst enemy, the deadly crime boss El Fuego, she’ll find herself left out in the cold.