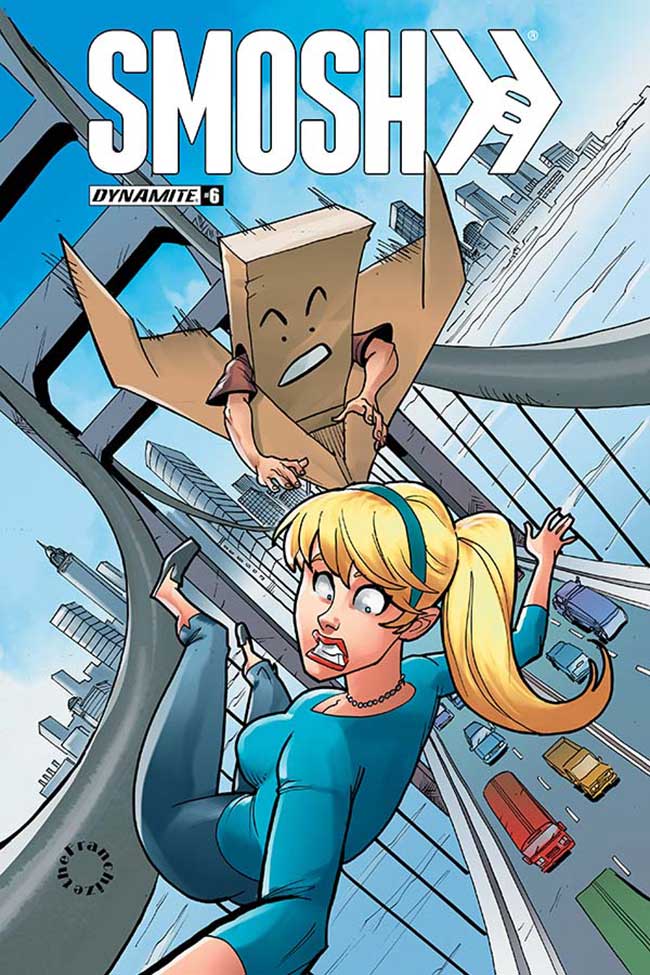 Finally! The finale of the Smosh series is here!

Smosh #6
writer: David Atchinson, Yale Stewart
artist: Mauro Vargas, Jerry Gaylord, Yale Stewart
covers: Jerry Gaylord (a), Franco Viglino (b)
Fans & retailers, order the cover of your choice!
FC • 32 pages • $3.99 • Teen+
Fortune and fame turn ugly when Box Man is forced to choose between money and morality when he’s ordered to endorse boxguns. To use his powers for good instead of evil, Boxman goes on the lam, attempting to get as far away from the weapons as he can. But with no friends, no money, and the most recognizable face in America, how far can a man made of boxes truly get? And how does he stop his sponsor from unleashing boxguns on the world? Will Boxman find the love that eluded him as a human, now that he’s a box? All these questions and more are answered in the Box Man origin finale, aka Smoshverse # 6!”