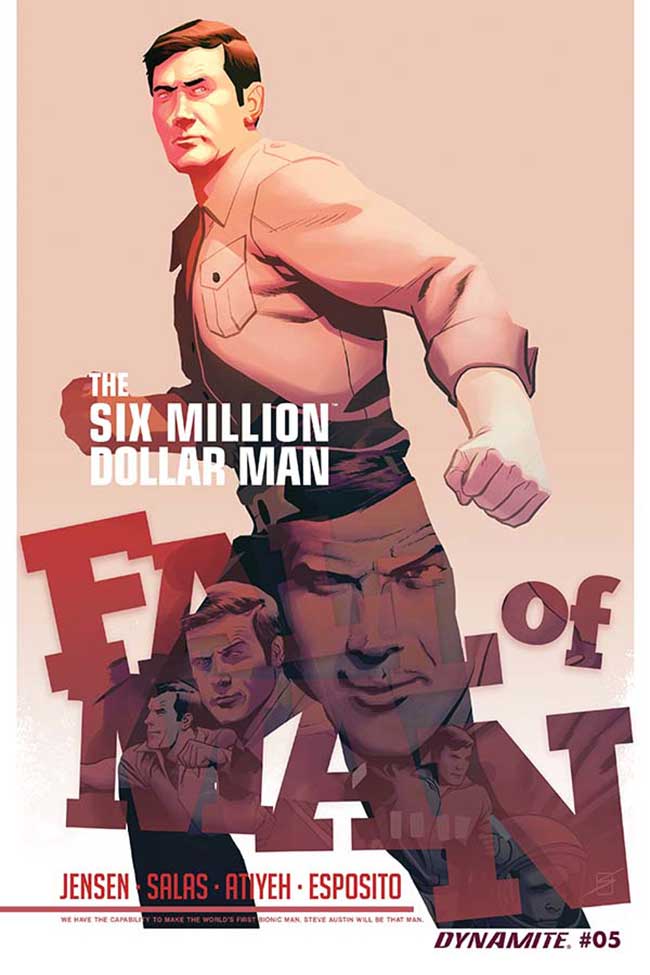 Here is a sneak peek of this week’s Six Million Dollar Man: Fall of Man #5 from Dynamite Entertainment.

Six Million Dollar Man: Fall of Man #5
writer: Van Jensen
artist: Ron Salas
cover: Ron Salas
FC • 32 pages • $3.99 • Teen+
The dissection of Steve Austin commences now. The race is on between O.S.I. agents and mad scientists alike to be the first to carve him apart and unlock the secret to building a cyborg army. Against overwhelming odds, and with the future in jeopardy, Steve has to hope he has at least one ally left.