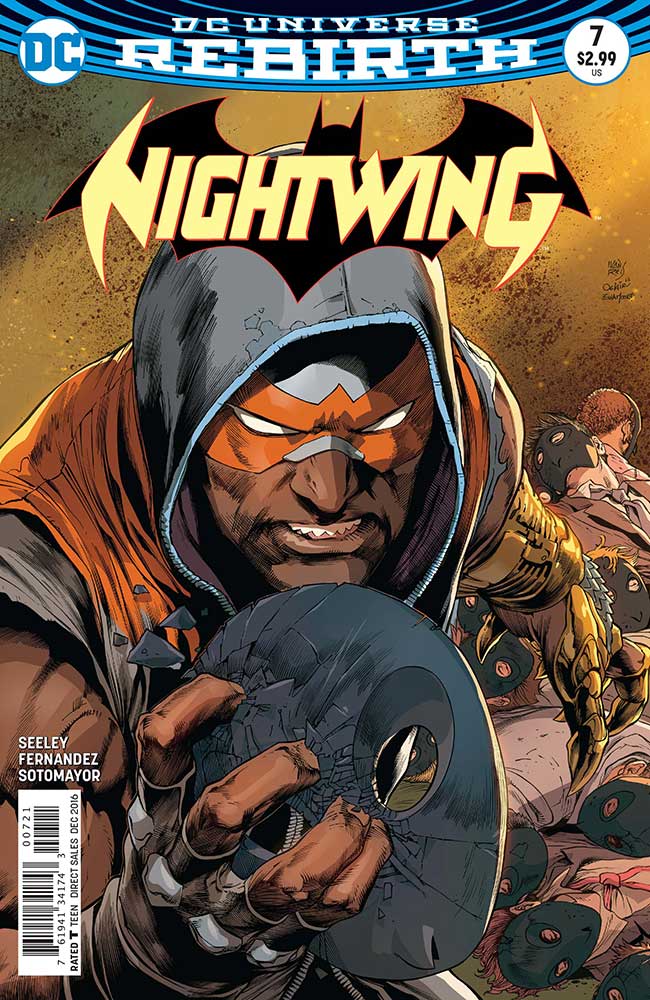 After Night of the Monster Men, Nightwing takes on the Rise of Raptor in Nightwing #7.

NIGHTWING #7
Written by: Tim Seeley
Art by: Javier Fernandez
U.S. Price: $2.99
“RISE OF RAPTOR” part one! The Parliament of Owls wasn’t brought to justice like Raptor promised Nightwing—it was eliminated! Raptor’s methods have crossed the line and Nightwing goes to apprehend him. Upon his arrival he discovers Raptor’s true intentions and obsessions…