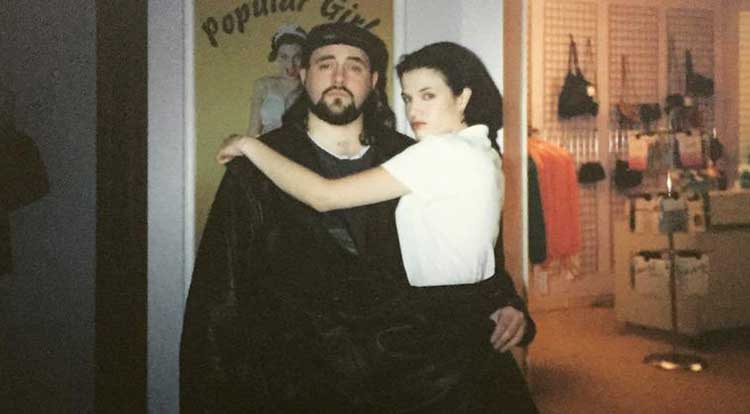 Looks like Kevin Smith is finally ready to lens Clerks 3 this spring, and Mallrats 2 isn’t far behind.

News broke over the last couple of days, and was then confirmed by Smith on Rock 102 Mornings.

Clerks 3 has been in the works for a couple of years, but was mired in ownership rights issues with the Weinsteins, then delayed while Smith worked on Tusk, and finally the concern over raising money for the estimated $8 million project. Harvey Weinstein passed on the project, giving control to Smith, and recently the Pennsylvania Department of Community & Economic Developed allocated just over $2 million in tax credits to the project.

When Smith made the announcement via Twitter, he also dropped a hint that we are going to see Mallrats 2.

We shoot CLERKS III in May. HIT SOMEBODY shoots September to Christmas. Then in Feb 2016, we do MOOSE JAWS. But after that? I smell a rat…

So, it looks like it will be mid to late 2016 before Mallrats 2 shoots, and since this is just an official announcement, don’t expect any announcements on who will return to star in the flick. And in case you missed it the first time, Mallrats starred Shannen Doherty, Jeremy London, Jason Lee, Ben Affleck, Joey Lauren Adams, and Michael Rooker to name a few…

This is certainly good news for Clerks and Mallrats fans, and though Mallrats was never the money maker the studios hoped it would be, Mallrats 2 and Clerks 3 will probably make more than Tusk.