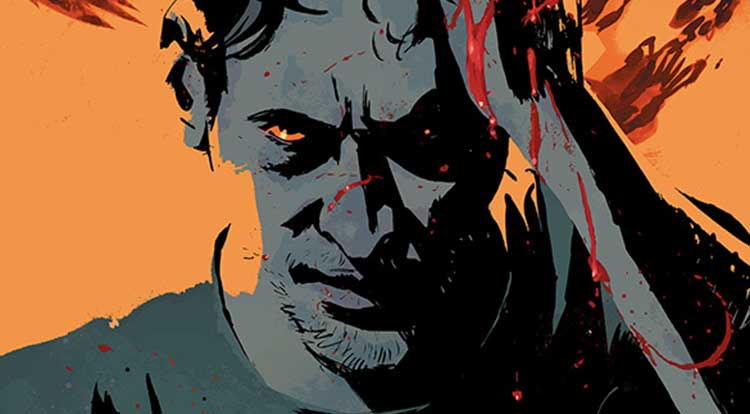 Robert Kirkman, creator of global entertainment phenomenon THE WALKING DEAD, and Paul Azaceta have summoned a new industry hit with OUTCAST BY KIRKMAN & AZACETA, the second printing of which has sold out immediately. In order to meet customer demand, Skybound/Image Comics will be sending this debut issue back to press for a 3rd printing.

The first new series written by Kirkman himself in three years and since the premiere of the AMC’s most watched television show adaptation of THE WALKING DEAD, this is the perfect new series for readers to jump on to. Comic Book Resources predicted of OUTCAST, “Given the quality in this first issue, it’s without doubt that readers will return for the next piece of the puzzle.”

OUTCAST BY KIRKMAN & AZACETA #1, boasts a special double-sized first issue for just $2.99, and introduces Kyle Barnes’ plight, his tragic past, and his unusual gift. Kirkman and Azaceta explore demonic possession and incorporate a subtle creeping terror that harkens to that of classic horror stories. IGN says of the series, “Whether you’re a fan of things that go bump in the night or just someone who likes good comics, you can’t do much better than Outcast. Kirkman and Azaceta prove a dynamic and disturbing pairing, crafting a riveting story that’s sure to possess your very soul.”

The demand for the series has grown at a breakneck pace, with this the second instant-sell-out of the first issue and is being fast-tracked to a third printing. For fans of digital editions, OUTCAST BY KIRKMAN & AZACETA #1 remains available for purchase across all platforms, including the Image Comics website (imagecomics.com), the official Image Comics iOS app, Comixology’s website (comixology.com), iOS, Android, and Google Play. This third printing of OUTCAST BY KIRKMAN & AZACETA (Diamond Code JUN148165) will be available on 8/20.

ABOUT SKYBOUND
Skybound is the home of Robert Kirkman’s creator-owned work including his Eisner Award-winning comic book series, The Walking Dead, long-running Invincible, all-ages Super Dinosaur, Thief of Thieves, and Clone as well as Ghosted, Witch Doctor and Invincible Universe. Since its inception,Skybound has created television shows, merchandise and a wide spectrum of platforms, games (The Walking Dead: Assault iOS app), and entertainment events (The Walking Dead Escape). Skybound’s successes include the comic behind the hit Emmy®-winning television show, AMC’s The Walking Dead, the highest-rated basic cable drama of all time in the U.S, also an international success in 122 countries and 37 languages.Skybound/Kirkman frequently top the hardcover and paperback bestseller lists. Your destinations for all news and merchandise from Robert Kirkman, The Walking Dead and all Skybound titles are www.Skybound.com and www.TheWalkingDead.com