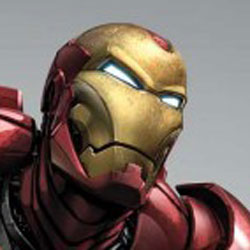 Hey, remember the 90s? When every comic was part of a crossover, every hero had a gun bigger than his head and every villain had a body count in the triple digits? If so, you probably still have some nostalgia for Carnage. How does the crimson symbiote’s new miniseries stack up? “Guess the biological payload needs more than food to survive. It’s got a taste for fear and loathing.”

I began reading comics in the early ‘90s. This was the era when the crossover was king. It was a time when ultra-violence was the order of the day and Rob Liefeld illustrated tiny feet that ran rampant over our hearts and wallets. It was during this time that the comics industry experienced a speculative bubble and subsequent bust, which it is still recovering from. In certain circles, this era isn’t remembered particularly fondly, which must be why the comics industry is currently reviving so many practices from that time. Hello, variant covers!

Carnage is one of those characters who exemplify the 1990s. The escalation of violence in the ‘80s ushered in an age of darker antiheroes, who in turn required more psychotic villains. And thus Venom, the evil version of Spider-Man, got his own foil in the form of Carnage – an evil copy of an evil copy. Carnage wasn’t deep. He just killed for killing’s sake. But man oh man did I love Carnage. One of my earliest comic book memories is reading the Maximum Carnage crossover. The bright red SNES cartridge for the “Spider-Man and Venom: Maximum Carnage” video game is still somewhere in storage in my parents’ basement. I even read the novelization. So yeah, I experienced a little childish excitement when I saw solicitations for a new Carnage story.

Upfront, Carnage #1 should bear a warning: Carnage Appears Nowhere In This Issue. Instead, most of the book is dedicated to Spider-Man and Iron Man chasing Doppelganger around while the poor imitation howls garbled nonsense. It’s pretty decompressed. There’s a little fighting, a little cereal eating and not much else. Wells sets up an obvious subplot about a business competitor of Tony Stark’s showing off technology above and beyond what he should be able to develop. Does this have something to do with the evil corporation revealed at the end that possesses the Carnage symbiote? Is it linked to the two mysterious power-suited interlopers that exhibit strange bio-mechanical abilities and blow Doppelganger in half? Gee, I dunno. This wouldn’t be a bad start to an ongoing series, but it’s a little slight for $3.99 and one-fifth of a miniseries.

IT WOULD LOOK GREAT IF I COULD SEE IT

Clayon Crain’s art is that photorealistic style that’s all the rage these days. It’s a good match for the subject material; his depictions of the Carnage symbiote and Doppelganger are extremely creepy, like something out of a Cronenberg film. Doppelganger has never looked so disgustingly menacing, and I mean that in a good way. Crain really lets Doppelganger outspider Spider-Man – beyond the extra four arms, Doppelganger now has extra eyes and what appear to be a pair of mandibles. He does good work with the regular superheroes too. The textures really pop off the page. Iron Man is appropriately shiny and Spider-Man’s costume looks like something you could touch. His Tony Stark does look like the devil, though.

Good marks aside, the art is frustratingly inconsistent. The meticulous foregrounds are pretty, but the backgrounds often lack depth and detail. Crain also has an annoying tic he employs during certain sequences where he blurs the action. This is meant to impart a sense of motion, but it just makes everything hard to see. This is especially glaring in light of the coloring. It’s just too dark throughout. The main action takes place on a city street in broad daylight, so why does everything look so dang murky?

There’s also a niggling detail that I just can’t get out of my head. The preview cover for issue #2 looks stunningly disturbing, but it’s accompanied by some text crowing over how the book will come out on a bimonthly schedule. Given how slight the plot is, I can’t help but imagine it’s the art that’s slowing the book down. For a book of this nature, five issues over ten months is asking a little too much of my patience.

IN THE FINAL ANALYSIS

Carnage #1 is a problematic book that raises a lot of questions that aren’t answered in the text. It really needs to justify its existence, but never gets around to it. Although I dug Carnage as a kid, in retrospect, he’s really not that compelling of a villain. He’s a one-note psychopath who just kills because that’s what he does. This story does promise a different host for the Carnage symbiote, but the Carnage character never had the symbiote/host dichotomy that Venom had. There never was the sense that Carnage was acting on anything other than Cletus Kasady’s impulses. Is it really Carnage if there’s no Cletus?

In all honesty, I’ll probably still buy the next issue just to see where it goes, but I can’t really recommend this book to casual fans. Carnage #1 contains seven mispronunciations of the word mother, three suits of power armor, one instance of Tony Stark getting the bird, one instance of web-swinging while eating breakfast cereal, and one angry mob. There are 8 thwips, 6 snkts, 2 screees, 2 thwaps, 1 thwip and 1 zzzzzark. 2 out of 5 stars.