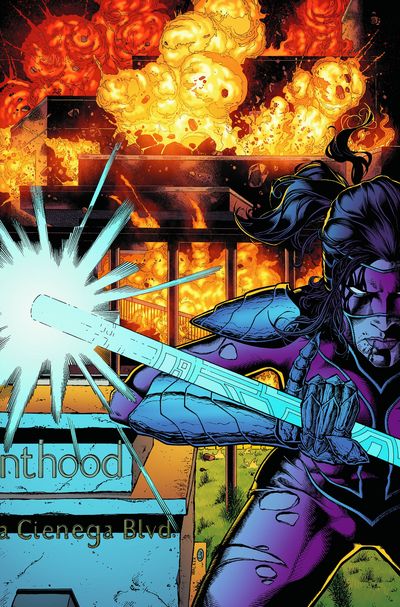 It really shouldn’t come as any surprise, when I tell you DC has decided to cancel Manhunter with issue #38 in January.Â  Low sales probably have something to do with it, and as I’ve mentioned before, look for more cancelations of favorite DC titles in the near future.

I wish I could say go for it, but I think at this time it is best to let Manhunter shift over to the Birds of Prey team, and let this title rest, and spend more time on saving titles like Blue Beetle and Jonah Hex.