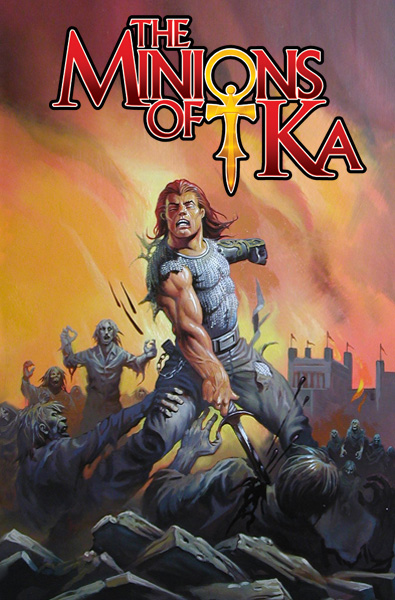 Forget those shuffling zombies of today, the real zombies were shuffling and killing off major civilizations centuries ago.Â  Zombie Omega tells the tale in The Minions of Ka.

The 128-page graphic novel titled The Minions of Ka, focuses on the Great London Fire of 1666. For hundreds of years, the Catholic Church has used the power of the undead to spread fear among heretics and non-believers. Now, in the late 17th century, the Church has their sights set on the throne of Charles II. An unnamed warrior for hire finds himself caught between the Church and the English Monarchy in one of the greatest conspiracies of all time.

The book is written by Michael Furno and Michael Ahearn, with art by Chris Moreno and arrives in stores the week of October 31, 2008.

via Track the Strain