By Christopher Rondeau on December 17, 2020 0 Comments

The Black Cat’s capers are interrupted by the King in Black! Will Felicia drop her life of crime to fight against the symbiote army? Find out in Black Cat #1 by Marvel Comics! 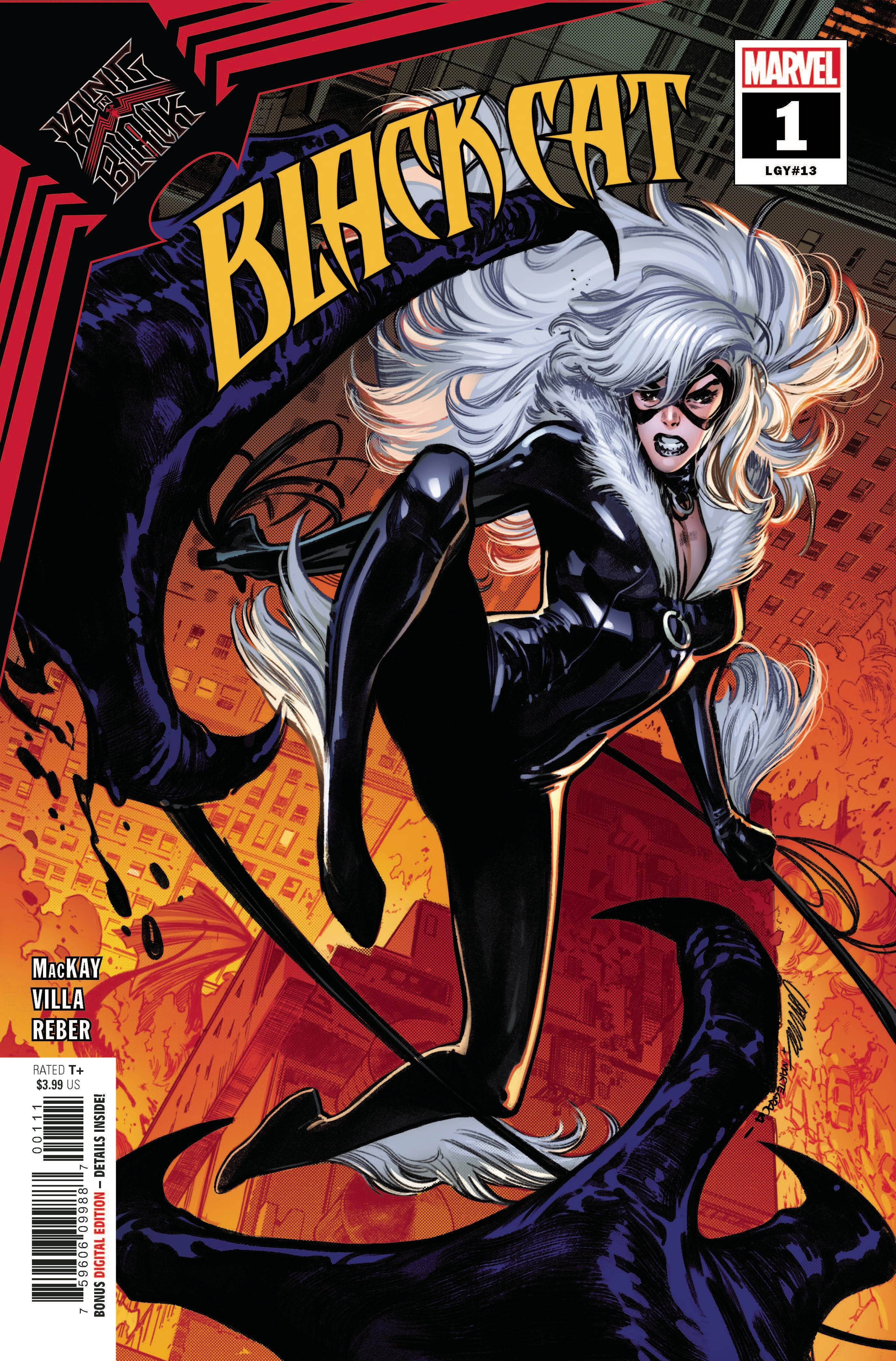 Previously in Black Cat: Krull has brought an army of symbiote dragons and has defeated many of Earth’s heroes. Now the King in Black and wrapped the world in a symbiote dome, blocking out all light. However, thieves tend to work best in the darkest hour.

Felicia and her team have ignored the evacuation order and have their sights on another job. This job is rudely interrupted by the symbiote army destroying most of Manhattan. Joining the fray, she helps Captain America, Doctor Strange, and the X-Men fight but once things take a turn for the worse; Felicia runs. The Black Cat however always gets what she wants though. She finds herself in the office of Dr. Steve, friend of Eddie Brock. Felicia tries to recruit him because he is an expert in the alien symbiote and her target is Krull. And her caper is Dr. Strange himself.

I love a good heist story and a lot of Black Cat storylines appeal to that desire. What I find interesting here is two things. One is this idea that you have to use the skills you have to make a difference. The Black Cat is a master thief and it is great to see her using those skills instead of subverting to a vigilante or superhero role. The second is the decision to actually participate in the event. Something in her was coaxed into fighting against Krull. The comic points to Captain America’s leadership as the catalyst that stirs her. That is an interesting idea to me. A person who is constantly working outside the law is swayed by someone who wears the Stars and Stripes as his getup. I don’t know if that is going to be a long term motivation for Felicia, but it is an interesting idea nonetheless.

The art was your run of the mill Marvel style but I actually quite liked it for the tone of the book. We have the world covered in darkness and it must be a task to try to have things stick out within the black backdrop. I applaud the creative team for making the things that need to pop out, pop out.

The hook for me was the fact that we are heisting a superhero. And not just any superhero, the Sorcerer Supreme! With solid art and writing, this book has the potential to be a really great series. 4 out of 5 for Black Cat #1 from me. I hope the book lives up to my expectation and I hope to see Felicia interact with more superheroes.

Black Cat #1 sets up a caper in the King in Black crossover event. With such an enticing hook, the series is sure to be a blast.