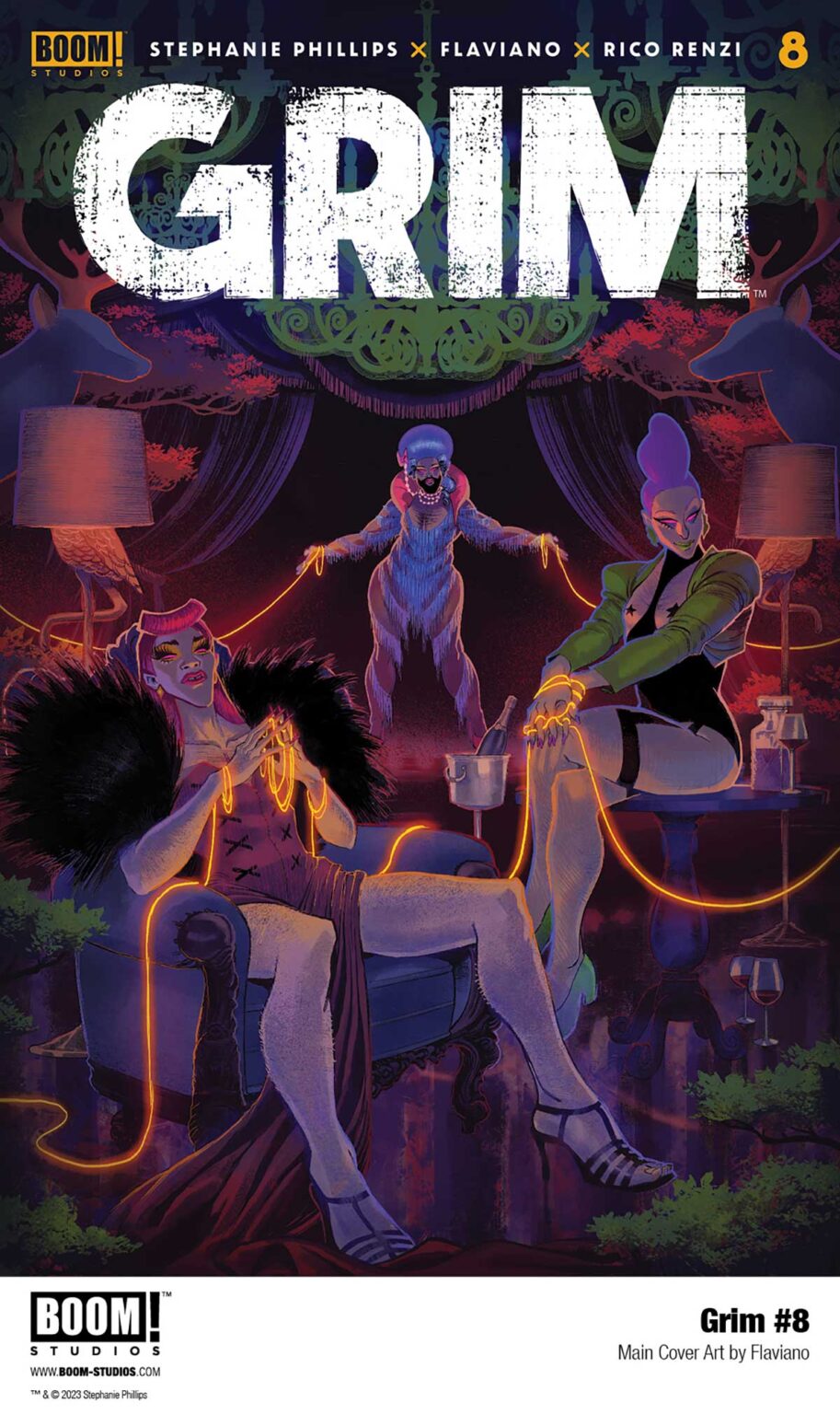 BOOM! Studios released a sneak peek at Grim #8 by Stephanie Phillips and Flaviano.

What happens when people are on the brink of dying–need to die–but can’t? Jess feels at fault due to the sequence of events surrounding her, but far from it; she’s the only one that can help. But she’s not the only contender for the Throne of Death!