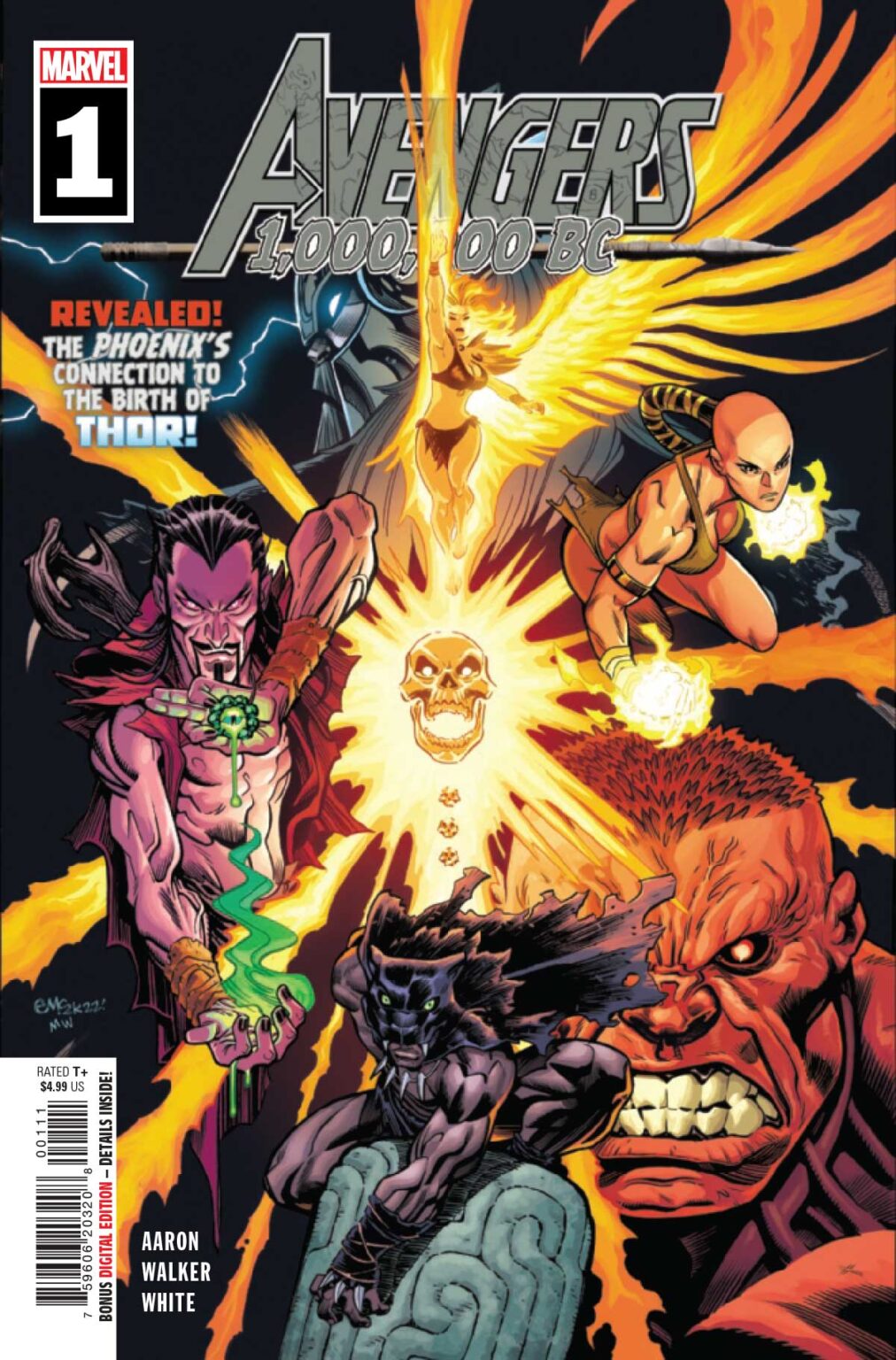 AVENGERS: 1,000,000 B.C. #1
JASON AARON (W) • KEV WALKER (A) • Cover by ED McGUINNESS
VARIANT COVER BY ALEX HORLEY
PREHISTORIC HOMAGE VARIANT COVER BY RYAN STEGMAN
VARIANT COVER BY SKOTTIE YOUNG
THE SECRET ORIGIN OF THOR – REVEALED!
They are the defenders of the dawn of time. Marvel’s first and mightiest legacy heroes. But their greatest secrets have never been revealed. Until now. Witness the dark events that shatter their ranks. See how their lives come to shape the entire future of the Marvel Universe. And be there for the monumental event that reunites them one last time: the true story of Thor’s birth.
40 PGS./ONE-SHOT/Rated T+ …$4.99