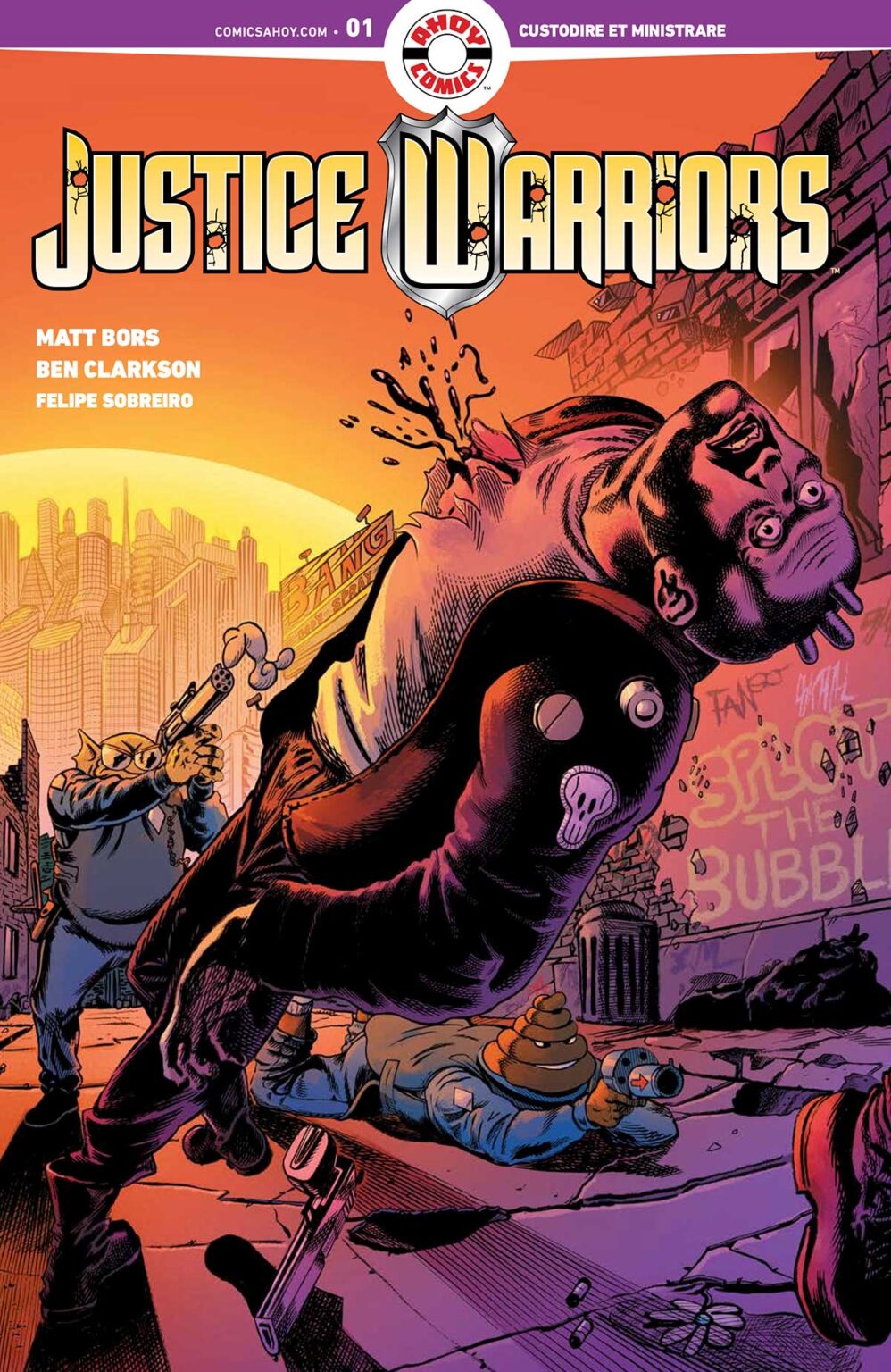 First issue of a new dystopian satire, written and cocreated by cartoonist, publisher, and Pulitzer Prize finalist Matt Bors! Outside the walls of prosperous Bubble City, two tense cops patrol the Uninhabited Zone, a vast slum where most of the population lives, many of them mutants. After his partner is killed by a self-driving bus, traumatized veteran Swamp Cop must teach naïve rookie Schitt that the UZ can only be policed by breaking every rule!

Featuring cover A by cocreator/filmmaker Ben Clarkson, with incentive cover by B Bors and incentive cover C by acclaimed graphic novelist Ben Passmore (Your Black Friend).