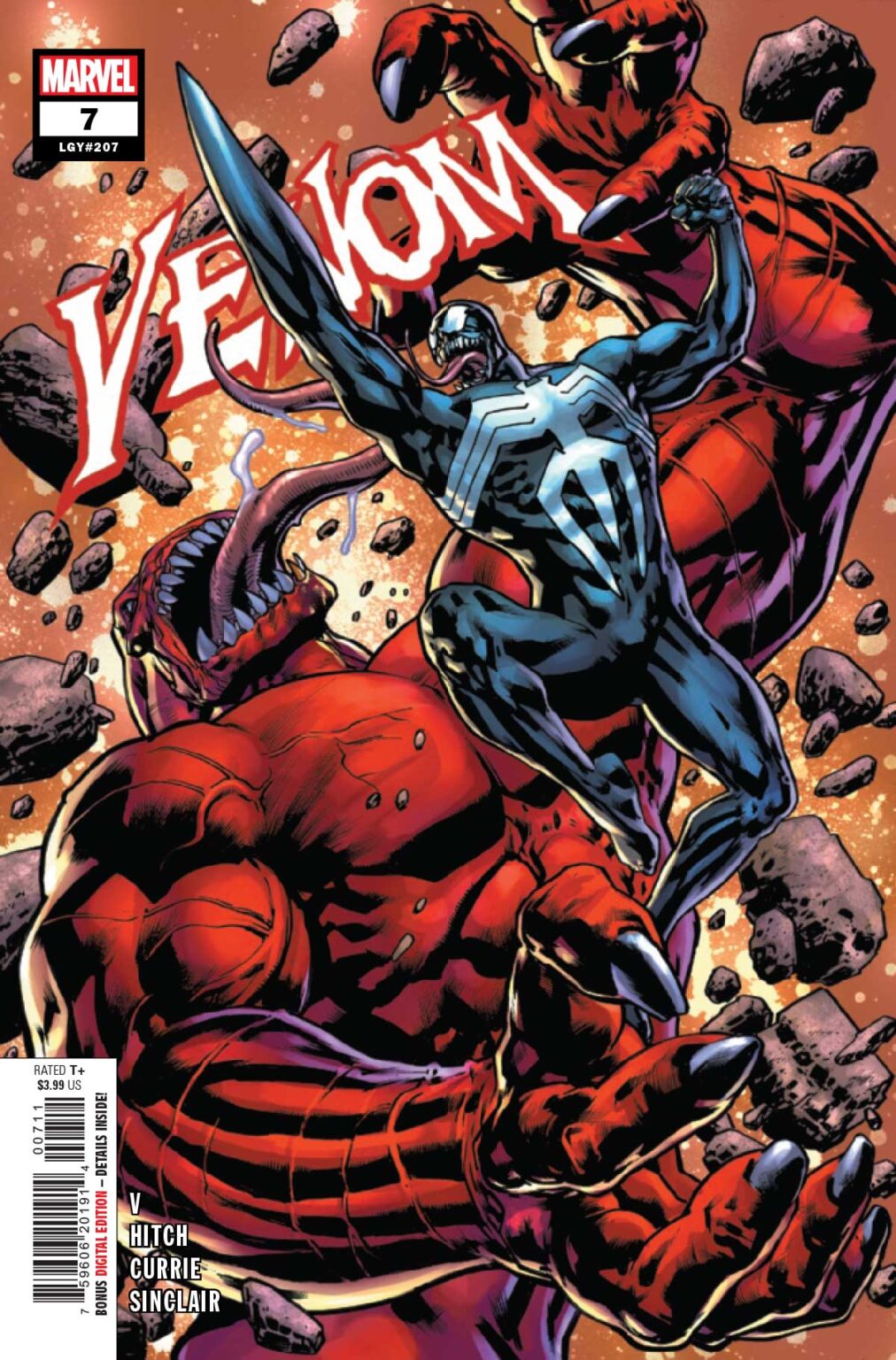 VENOM #7
RAM V (W) • BRYAN HITCH (A/C)
Spider-Man Variant Cover by PETE WOODS
VARIANT COVER BY CARLOS MAGNO
A matter of days ago, Dylan Brock thought his biggest problem was his father’s preoccupation with running the symbiote hive as its King in Black. Now, Dylan’s father is dead, and the only vestige that is left of him is in VENOM, the dangerous parasitic alien that Eddie implored Dylan not to get close to. And without Eddie’s guidance, Dylan stands poised to give into the same darkness his father did…
32 PGS./Rated T+ …$3.99