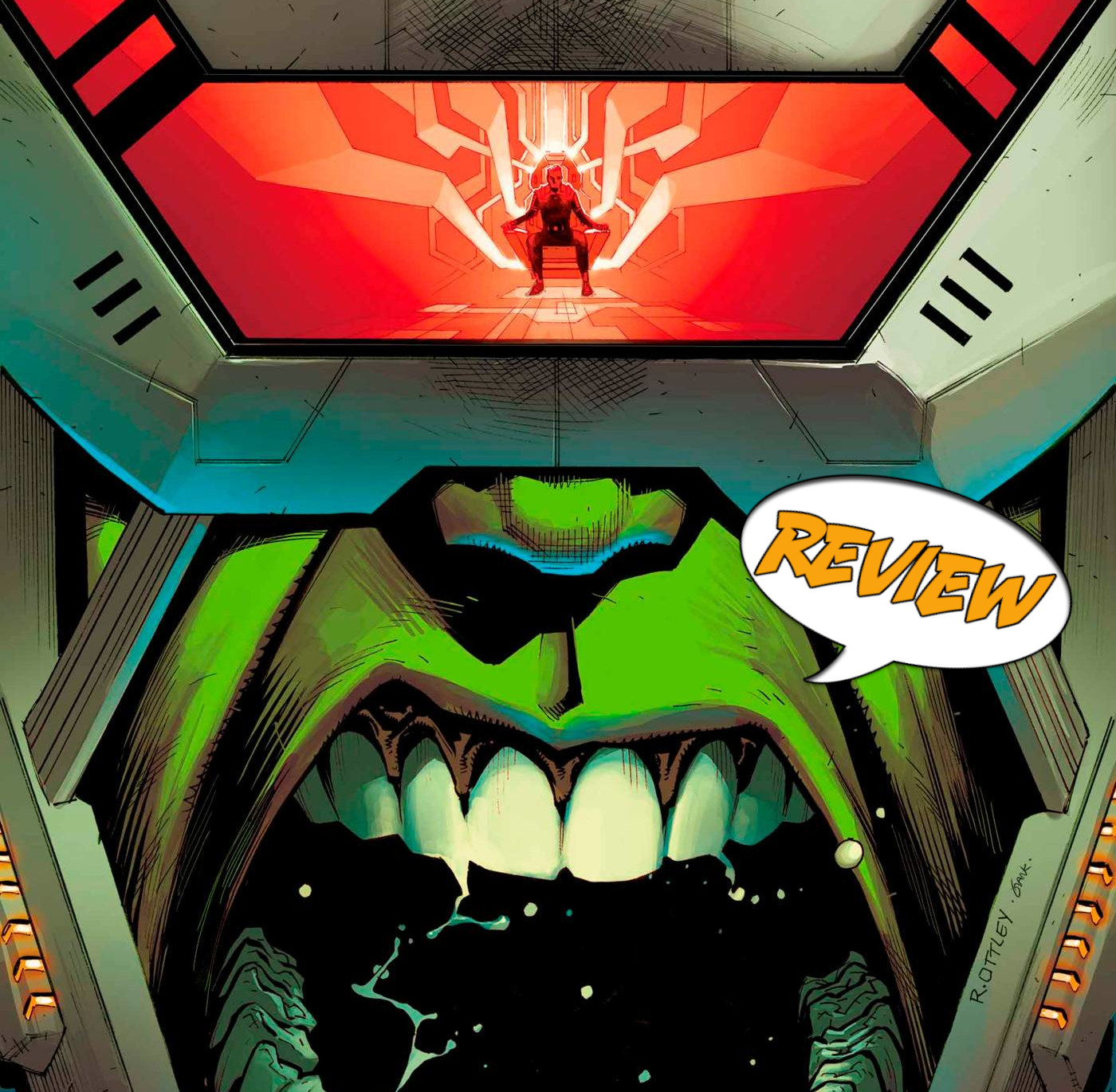 Hulk is blamed a mysterious incident in El Paso. As a result, Bruce turned the Hulk into a Starship and is currently headed into another dimension! Find out more in Hulk #2 by Marvel Comics!

Previously in the Hulk: Bruce Banner has gone off the deep end. He has managed to split the Hulk into three parts. He turned the body into a spaceship, Banner’s psyche controls the vehicle, and Hulk’s anger fuels the starship. With this vehicle of destruction, he is near impossible to stop. Now Bruce has piloted his ship into an unstable pocket dimension and threatened the Heroes of Earth with what he may became.

Hulk #2 starts with a group of people trying to stop Hulk in the pocket dimension. Unfortunately, Bruce is asleep at the wheel and bulldozes right through them. Waking up suddenly, Banner finds that he is grabbed by something pulling him into a dimensional fissure. Banner makes the Hulk’s psyche fight opponent after opponent to power the engine and fight this fissure. Unfortunately, it is not enough, and the Hulk Starship is transported to another dimension and is face to face with another man. This bald man introduces himself as Doctor Bruce Banner.

I find myself curious what they are going to do with the character. Is Hulk going to break free of his psychological prison? What actually happened at El Paso? What is going on here? But the problem is that I am more interested in what is going to happen rather than what I am seeing on the page. The action scenes between Hulk and whatever Bruce Banner are throwing at him didn’t really interest me and the pacing seems very fast. I didn’t really care about Hulk being pulled into the dimensional fissure. So, my mind is stuck dwelling on the things that are going to happen to force myself to remain interested in the story. Without that motivation, the book doesn’t excite me.

What I do enjoy is the character design of spaceship Hulk. I am hoping that we will see more and more cool aesthetic choices in future issues.

Hulk #2 is trying to do new things that I respect but doesn’t deliver. A lot of the content that was in this issue repeated what we already knew from issue #1 and didn’t spend enough time focusing on new plot points. This is a 2.5 out of 5 from me.

Hulk #2 provides a lot of cool ideas but doesn't make them exciting in this issue.