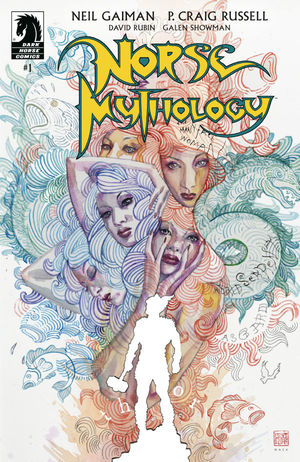 This final arc will see artists Colleen Doran, the artist and co-creator behind the Eisner Award and Bram Stoker Award-winning graphic novel adaptation of Neil Gaiman’s Snow, Glass, Apples, P. Craig Russell, and Galen Showman tackle some of the most iconic stories in Norse Mythology.

First up is a story illustrated by the incomparable David Rubín (Ether, Cosmic Detective), the first issue in this third series sees the sea giant Aegir as he avoids having to throw a banquet for the gods by setting Thor and Tyr off on a wild quest to find a cauldron and pitting our heroes against a multiheaded giantess, fire-breathing sea serpents, and more bizarre mythological creatures.