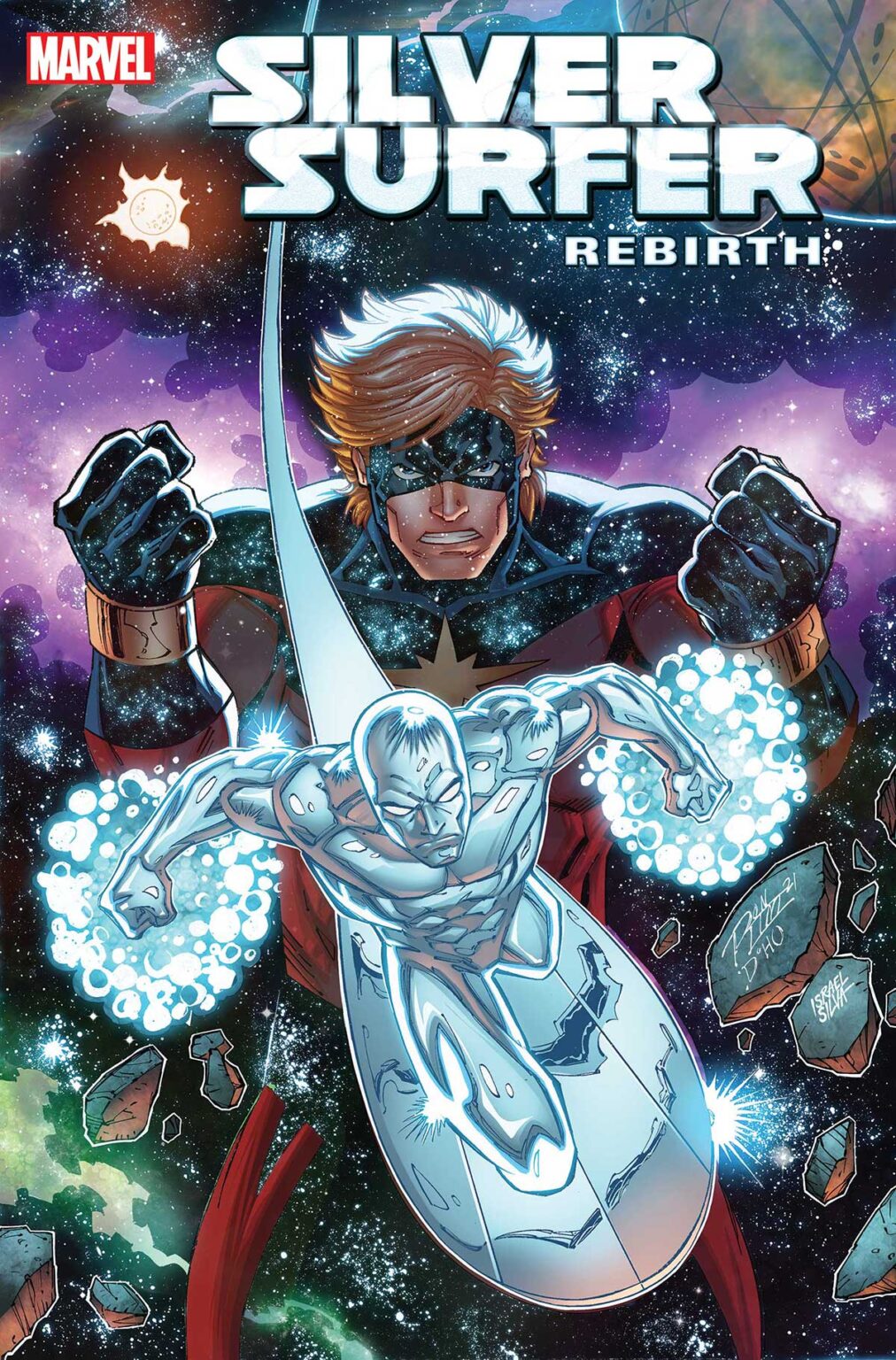 If you had hopes and dreams that one day Ron Marz and Ron Lim would reteam for more comic goodness, then today is your day! Marvel Comics has announced the creative team is coming back together for a Silver Surfer mini-series that kicks off in January 2022. From the information sent our way from Marvel Comics, Silver Surfer: Rebirth follows the same hook found in X-Men Legends and Symbiote Spider-Man – get Marvel’s greatest creators to revisit their historic runs with new insights and revelatory adventures.

Someone has stolen the Reality Gem, an object that allows the user to fulfill any wish no matter the consequences! But whoever has taken it is doing things like bringing back the dead hero Captain Mar-Vell. It’s up to Silver Surfer to team up with the least likely of allies, Thanos, to find the Gem and restore reality to its proper form!

“Turns out you can go home again,” writer Marz said in a press release from Marvel Comics. “Silver Surfer with Ron Lim was literally my first job in comics. The first comic page I ever wrote was drawn by Ron when we were both kids. And now three decades later we get to go back there and slip right back into that same groove. It’s so great to be wielding the power cosmic again.”

“I am so thrilled to be penciling SILVER SURFER: REBIRTH,” artist Lim said in the same press release. “When Darren Shan, our editor, asked if I’d be interested in working on this with Ron Marz, I jumped at the chance. It is fantastic to be working with Ron again. It has been quite a while since we worked together, but it feels like hardly a day has passed. I’m having a blast getting to draw many of my favorite characters from our run. The story is full of surprises, familiar characters and crazy cosmic action! I can’t wait for the readers to check out the book – hope they enjoy it as much as I enjoy drawing it!’