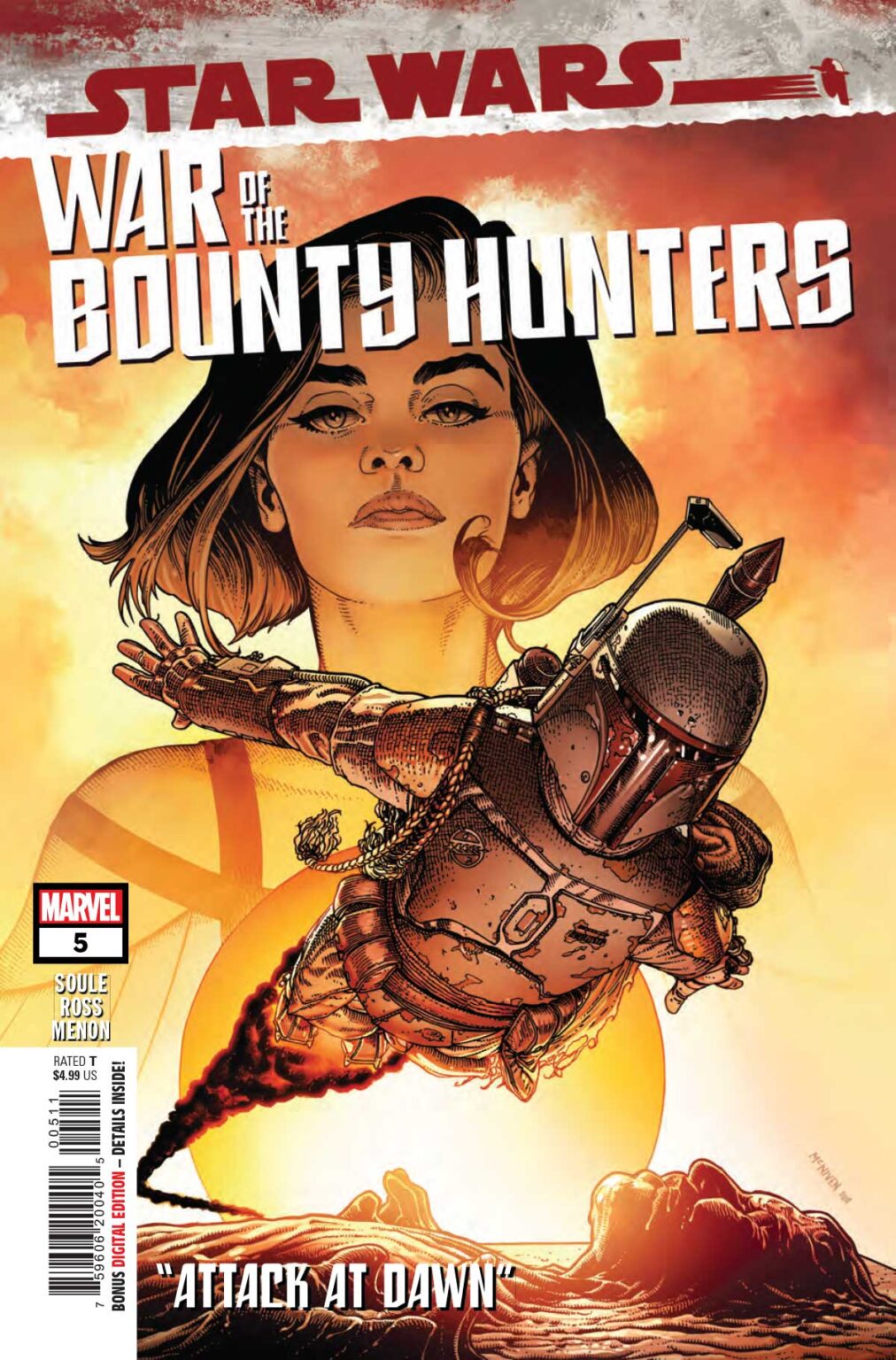 STAR WARS: WAR OF THE BOUNTY HUNTERS #5 (OF 5)
Charles Soule (W) • LUKE ROSS (A) • Cover by STEVE MCNIVEN
Variant Cover by CARLO PAGULAYAN
ACTION FIGURE VARIANT BY JOHN TYLER CHRISTOPHER
Bounty Hunter Handbook Variant Cover by RON FRENZ
Trading Card Variant Cover by JOHN CASSADAY
Carbonite Variant Cover by STEVE McNIVEN
Boba Always Gets His Bounty Variant Cover by Steve McNiven
THE ULTIMATE FINALE! THE BIGGEST EVENT OF THE YEAR
CHANGES THE FACE OF THE GALAXY!
• Everything and everyone in the galaxy is against bounty hunter BOBA FETT, from Sith Lords to Hutt rulers to the mysterious CRIMSON DAWN.
• He can’t succeed. There’s no way he can regain HAN SOLO, escape the bounties on his head, and survive to get his prize to JABBA THE HUTT and get paid. But HAN SOLO belongs to him, and no one will take him away.
• With a shocker of an ending that sets up a revolutionary new status quo for STAR WARS COMICS!
40 PGS./Rated T …$4.99
Star Wars © Lucasfilm Ltd. & TM. All rights reserved. Used under authorization. Text and illustrations for Star Wars are © 2021 Lucasfilm Ltd.