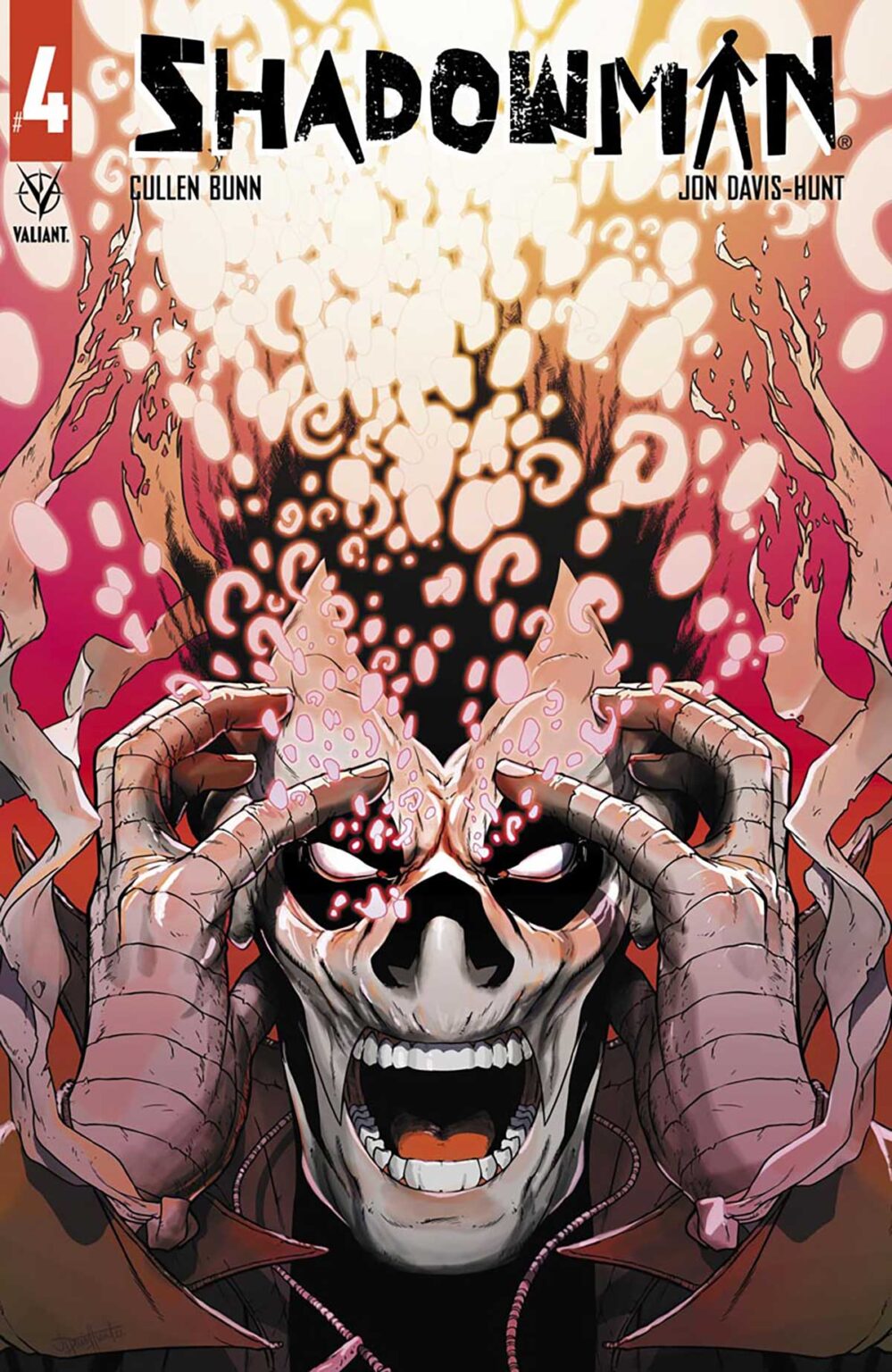 Masters of Horror Cullen Bunn and Jon Davis-Hunt bring Shadowman’s descent into the darkness of London.

Danger is a drug and it’s deep in the veins of mankind. Shadowman’s on a quest to find the source of his hallucinations and Jack has less control than he once thought. The worst has happened… Deadside has arrived.