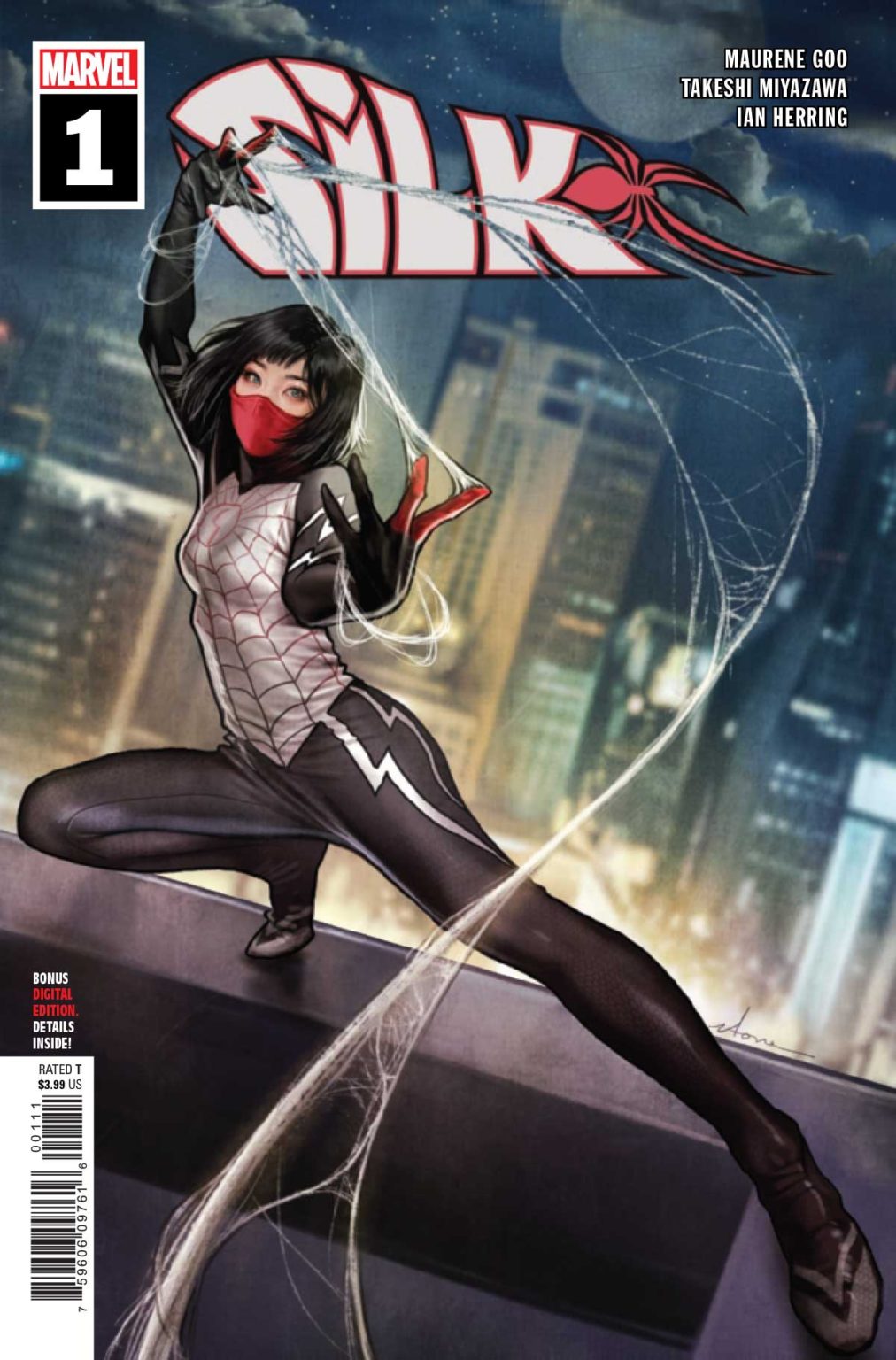 SILK #1 (OF 5)
Maurene Goo (W) • Takeshi Miyazawa (A) • Cover by Stonehouse
Variant Cover by JEEHYUNG LEE
Variant Cover by NAYOUNG WOOH
Variant Cover by SKOTTIE YOUNG
Variant Cover by BENGAL
VIRGIN VARIANT COVER BY JEEHYUNG LEE
WOMEN’S HISTORY MONTH VARIANT COVER BY JEN BARTEL
By day Cindy Moon is an intrepid reporter for the upstart new media empire Threats & Menaces under her old boss, J. Jonah Jameson. By night, she’s Silk, crime fighting super hero! But those worlds are about to collide, as an investigation into a series of gangland murders puts Silk and everyone she loves in danger! Who is this powerful new player in New York’s underworld, where did she come from, and what is she doing with that strange cat demon? It will take all of Cindy’s prowess as reporter and hero to find the answers…and stay alive! Written by Maurene Goo (I Believe in a Thing Called Love) and drawn by Takeshi Miyazawa (RUNAWAYS, GHOST SPIDER), Cindy is on assignment, and nothing can stop her!
32 PGS./Rated T …$3.99