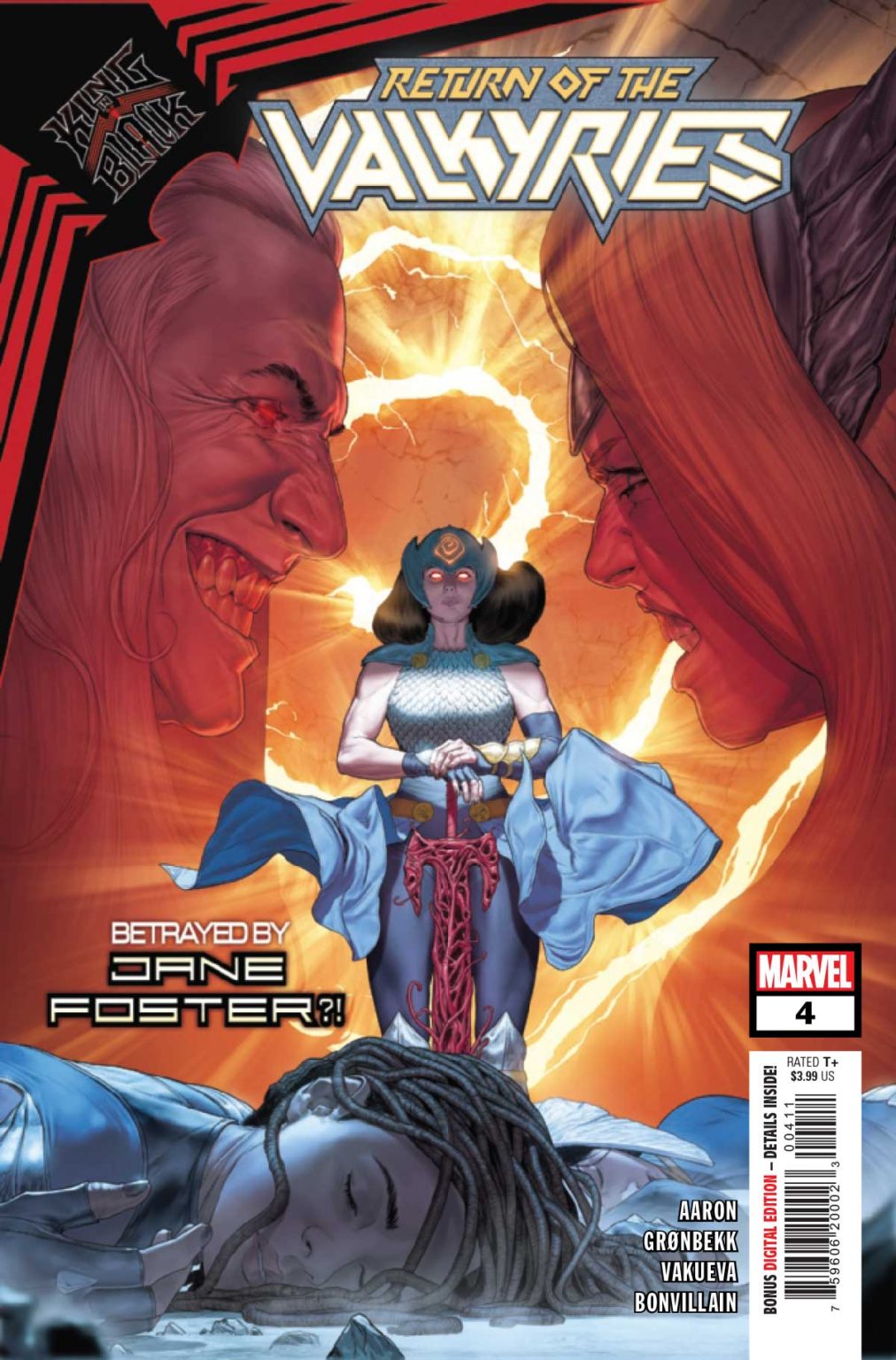 PREVIEW: King in Black: Return of the Valkyries #4

KING IN BLACK: RETURN OF THE VALKYRIES #4 (OF 4)
JASON AARON & TORUNN Grønbekk (W)
NINA VAKUEVA (A) • Cover by MATTIA DE IULIS
Profile variant cover by PHIL NOTO
Headshot variant cover by TODD NAUCK
THE LAST RIDE OF THE VALKYRIES!
Brunnhilde. Jane Foster. Dani Moonstar. Hildegarde. And the mysterious stranger who’s worn the title longer than any of them. The Valkyries are united, and at last they have a plan – but so does the King in Black. Every soul in existence is at stake – including the Valkyries’ own!
32 PGS./Rated T+ …$3.99