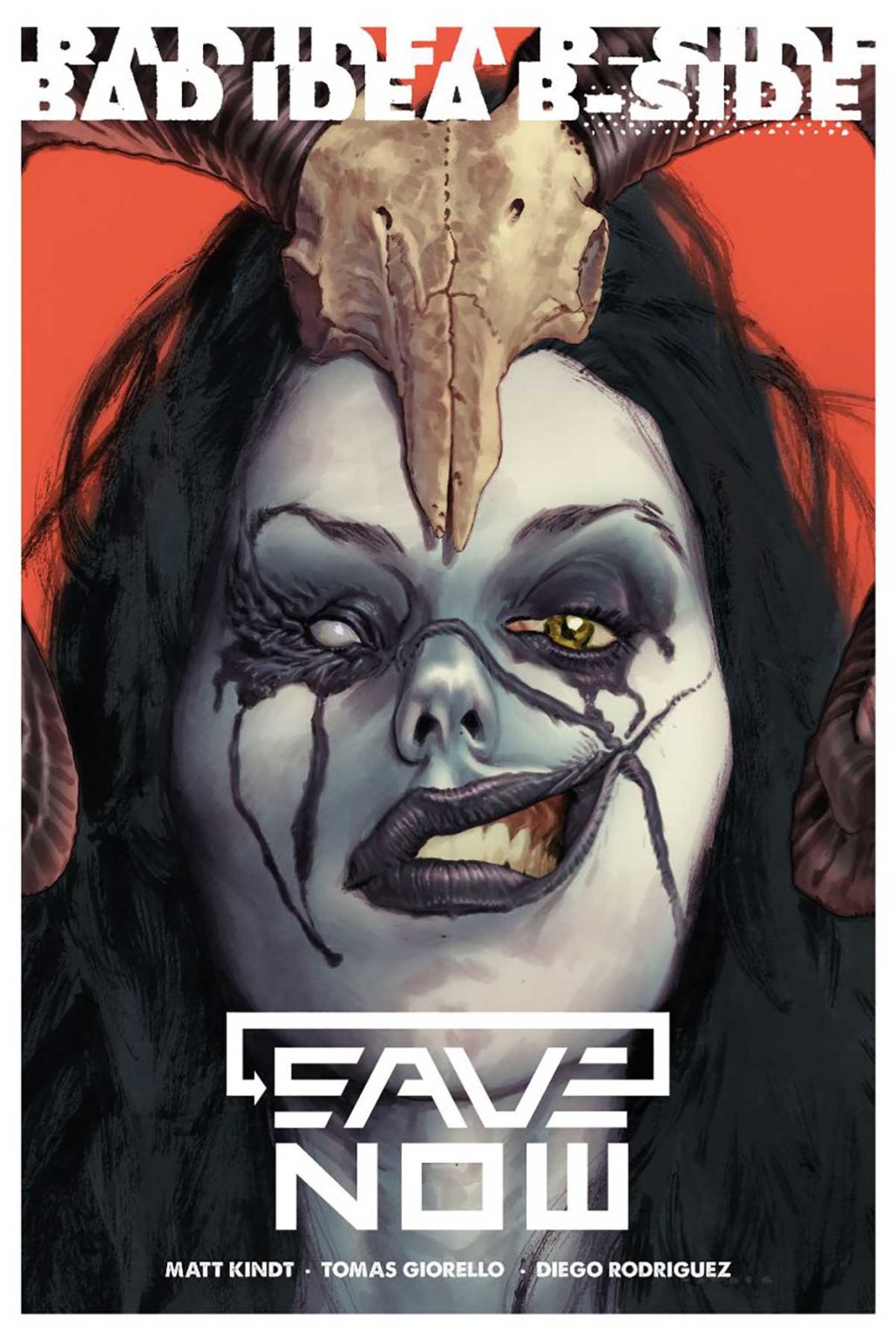 Bad Idea has released a sneak peek of Eniac #1 that arrives in stores in March 2021.

First: The colossal first chapter of ENIAC by New York Times best-selling writer Matt Kindt (Mind MGMT), incendiary artist Doug Braithwaite (Justice), and powerhouse colorist Diego Rodriguez (Hellblazer: Rise & Fall). In 2021, it’s down to two covert operatives to save the 21st century from the 20th century’s greatest secret: ENIAC (Electronic Numerical Integrator and Computer) – a government-sanctioned artificial intelligence that secretly defied its creators to end World War II at Nagasaki, but created a far more powerful threat in the aftermath. Now, after decades in the shadows, ENIAC is about to execute its endgame with a countdown that could erase mankind once and for all.

Then: BAD IDEA debuts its very first “B-SIDE” bonus story – “SAVE NOW” – reuniting the chart-topping creative team of multi-hyphenate writer Matt Kindt, artistic dynamo Tomas Giorello (X-O Manowar, Conan), and colorist supreme Diego Rodriguez. The first in a new series of brand-new, self-contained short-form features — BAD IDEA’s “B-SIDES” — that will appear in EVERY BAD IDEA ISSUE, “SAVE NOW” is a sharp-edged piece of sci-fi/superhero shrapnel that will lodge itself in your cerebral cortex for a good long while.