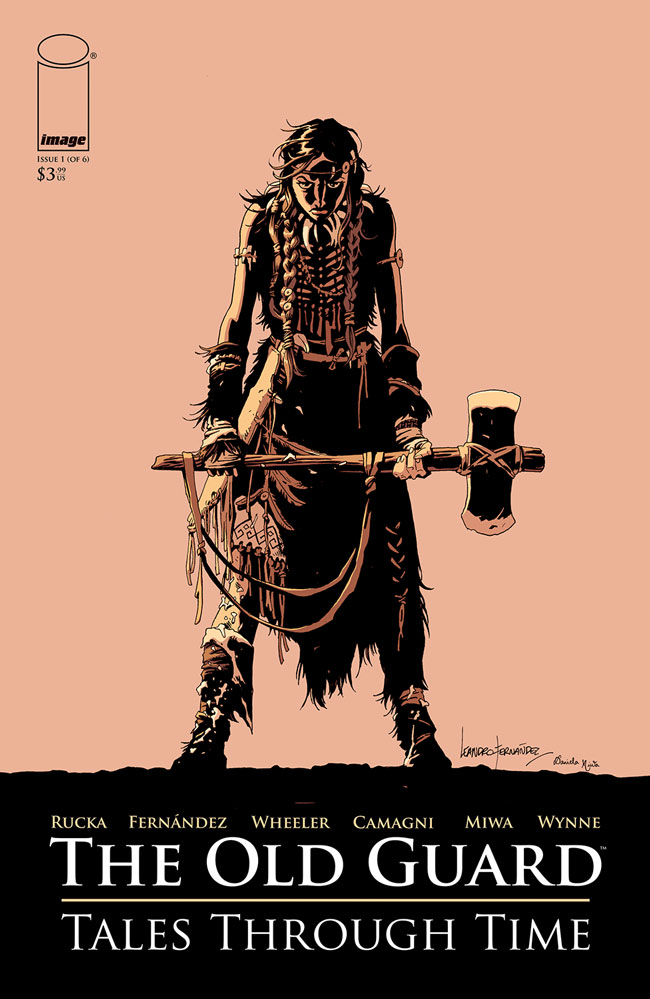 The Old Guard gets the anthology treatment

If you loved watching The Old Guard in Netflix, and enjoyed the comic books, but even more Old Guard tales, Greg Rucka and Leandro Fernandez are building the universe with The Old Guard: Tales Through Time, a six-issue story arc that looks at various members through time.

Andromache the Scythian—a warrior over six thousand years old, who has fought more battles than she cares to remember—has kept one constant companion through her long lifetime of combat…her labrys. Andy’s battle axe takes many forms, and many lives, in its centuries at her side, a story told by The Old Guard creators Greg Rucka & Leandro Fernández.

Meanwhile, Nicolo “Nicky” di Genova and Yusuf “Joe” al-Kaysani, lovers since they tried (and failed) to kill each other in the First Crusade, spend an evening at Berlin’s famed Eldorado nightclub in the twilight era of 1932, sharing drinks with drag queens and fistfighting Nazis in an all-new story by writer Andrew Wheeler (Another Castle: Grimoire) and Jacopo Camagni (Nomen Omen)!