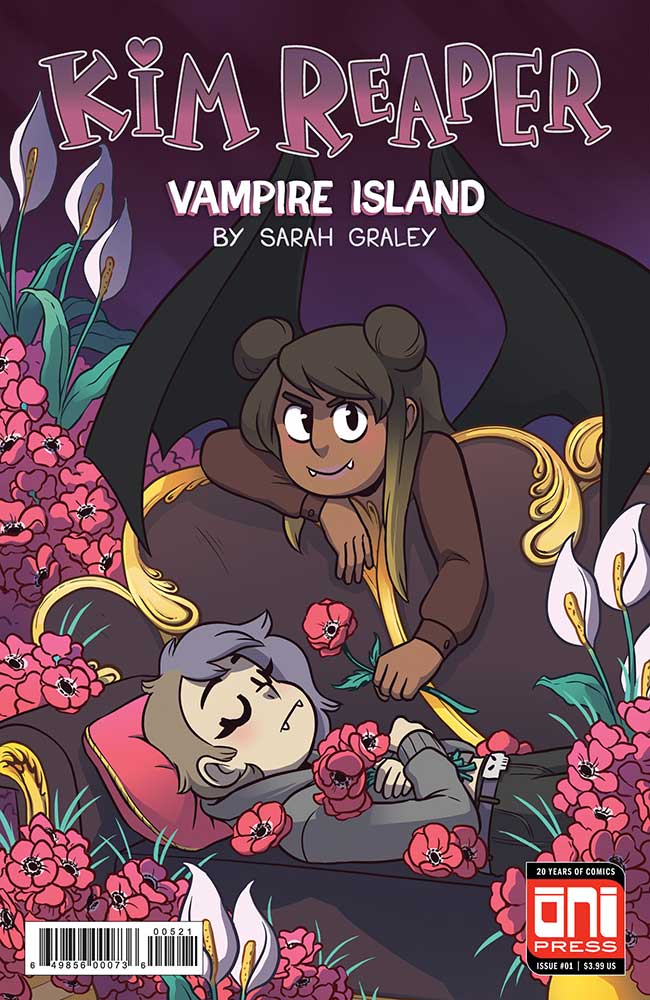 Your favorite gothic cutie is back for more hilarious adventures! Oni Press is excited to announce that Sarah Graley’s beloved characters are hitting shelves once more in Kim Reaper: Vampire Island, the second installment of the Kim Reaper series. It launches September 5, 2018, with an issue #1 alternate cover by the talented Katy Farina (Steven Universe).

Kim and Becka are back and dealing with the troubles of supernatural dating in Kim Reaper: Vampire Island! College relationships are tough for everyone, but they’re EXTRA hard for Kim. Her grumpy grim reaper bosses are always mad at her, her girlfriend Becka’s roommate keeps hanging around, and now everybody is super into vampires for some reason! And she accidentally let slip that she knew about an island full of them?! Oops, better pack up your scythe—we’re all going on a really weird date!

To help celebrate this exciting new release, Oni Press is making Kim Reaper: Grim Beginnings, the first volume in the series, available for free online, which you can start reading now at www.kimreapercomic.com! The series will update every weekday, running until the launch of Kim Reaper: Vampire Island in September, so now is the perfect time to catch up on all the grim reaper hijinks!