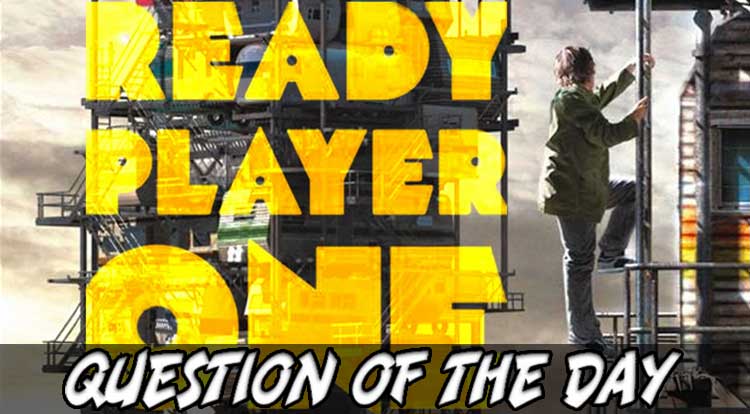 Major Spoilers Question of the Day: Ready Player One Edition

Like Major Spoilers EIC Stephen, I sometimes wonder if my corner of social media is one of the quiet, conflict-limited places of the internet, or whether I’ve curated myself the proverbial “echo chamber.”  Thankfully, news out of SDCC has reassured me that I’m not just nestled in with like-minded nerds due to the response to the trailer for ‘Ready Player One.’  I’m literally able to transition from a tweet saying that it was the hackiest hack that ever did hack to one calling it a modern masterpiece, thankful that a legend like Spielberg is the one to handle it.  Since I’ve been vacillating back and forth on reading the novel for at least a couple of years now, I think it’s time for today’s remarkably selfish query…

The MS-QOTD (pronounced, as always, “misquoted”) won’t mention the ego problems associated with being repeatedly told both “This is terrible, predictable and self-indulgent!” and “It’s right up your alley!”, asking: Should Matthew read ‘Ready Player One’?