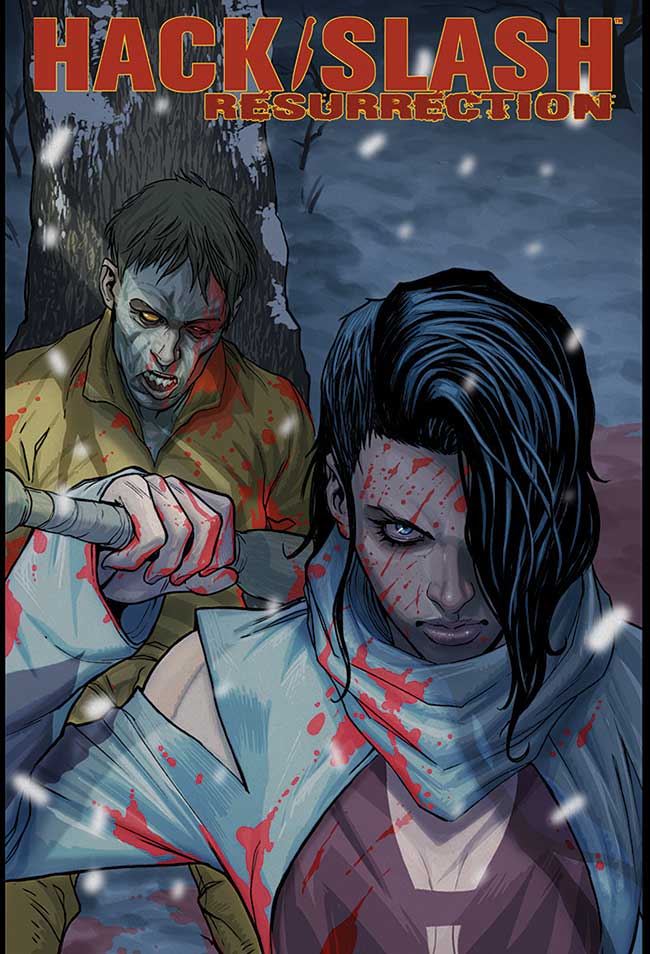 Cassie Hack and Vlad are crossing over with Vampirella in October, and because demand is so high, Image Comics has announced a new Hack/Slash miniseries.

“Hack/Slash is the book people always ask me about,” said Seeley. “I’ve been waiting for the proper time to bring it back, but I wanted to make sure I had the perfect creators first. Now that I have them, it’s time to unleash Cassie Hack on the world again.”

In HACK/SLASH: RESURRECTION, Cassie’s been living off the grid, but when a new monstrous threat arises to torment promiscuous teens, it’s time for Cassie to pick up the baseball bat once again!