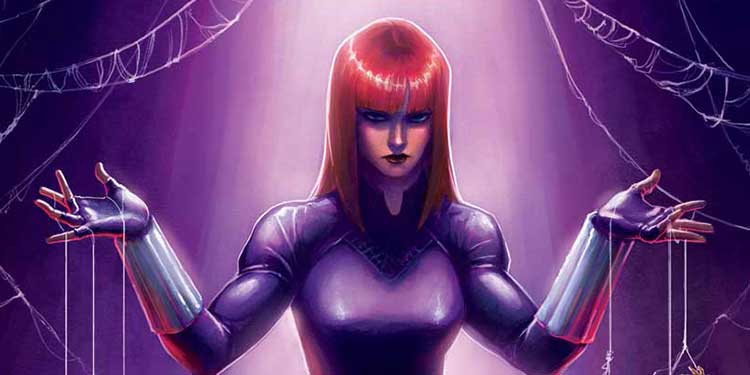 What is the Black Widow up to in Marvel’s Secret Empire? She needs the help of the younger generation of heroes to make it happen, and Marvel has announced Secret Empire: Uprising to tell the story.

SECRET EMPIRE: UPRISING enlists the younger heroes of the Marvel Universe – Miles Morales, a.k.a. Spider-Man, Ironheart, Wasp, Amadeus Cho, Falcon, and more, for a dark-ops mission no one – not even the heroes themselves –are prepared for. Can Black Widow forge these champions into a new elite strike force against Hydra’s forces? Or will her time run out and send the younger heroes into the fight unprepared for what’s to come?

“One of the overriding themes in SECRET EMPIRE: UPRISING is for the heroes not to make the same old mistakes all over again,” said writer Derek Landy in a press release. “The Champions, for instance, are looking for non-violent ways to stop violent opponents, and that ethos spills over into Uprising. How do a bunch of super-powered kids, brimming with optimism, factor in the Black Widow’s dark agenda when confronted with Captain America’s role in the Hydra takeover of America? What are they willing to do? How far are they willing to go?”

This is an interesting issue in that it doesn’t add to the issues in the official Secret Empire numbering, but it is a “An integral installment in the Secret Empire saga that bridges issues #3 and #4.”

Artist J. Cassara, will join Landy on Secret Empire: Uprising #1, which is scheduled to arrive on May 31, 2017.