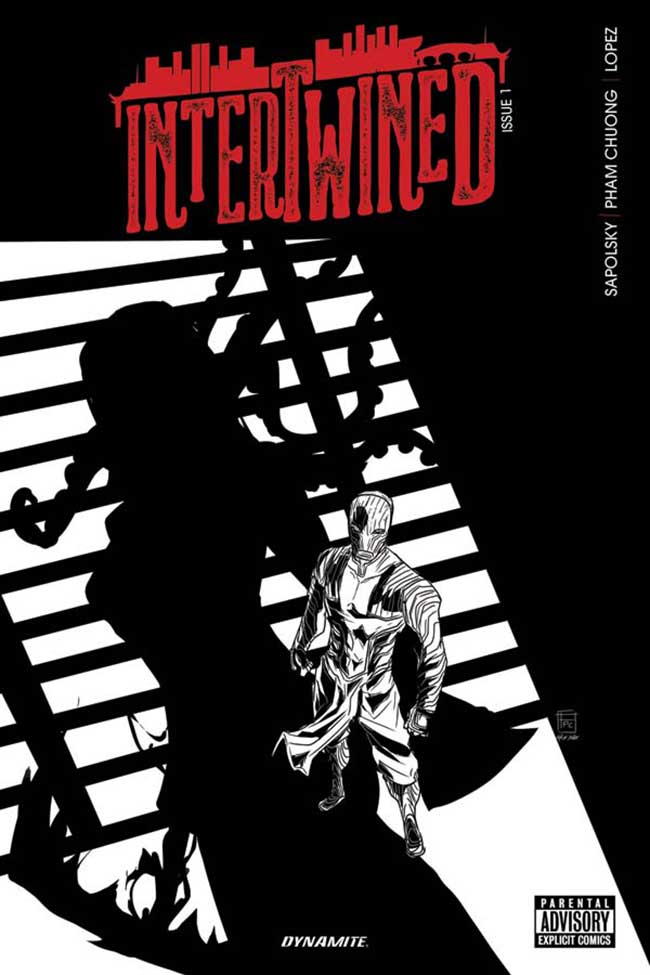 A murder. A mysterious league of protectors operating in the shadows. A legacy to protect. A city to save from filth, corruption and gangs. A girl who has to pose as a man to protect herself and her heritage. A young Kung Fu student unwillingly caught in the middle in a concrete jungle. Welcome to the world of Intertwined. It’s 1971 and for Juan Jin, life is about to become hell! He didn’t ask to be a hero. He didn’t ask to go to Chinatown. He only wanted to follow the way of Wing Chun, the Kung Fu style he masters brilliantly. But destiny had other plans for him!

The series is written by Fabrice Sapolsky with art by Fred Pham Chuong.

“Ten years ago, I came up with the concept for Spider-Man Noir. If Spidey Noir was just a reinvention of Peter Parker in the 1930s, with a social background, Intertwined is a more personal story,” says writer Fabrice Sapolsky. “It came to me last year after I spent time in China. It’s Noir. It has super-powered individuals. But it also deals with themes that I wanted to talk about for a long time: what it means to be an alien in America, to be different in a society that officially praises the melting pot but fears and sometimes hates differences. And of course, it had to have Kung Fu. I’m a VHS kid. Spent most of my teenage years at the video club watching Hong Kong movies. Every comic book I read and wrote led me to Intertwined. It’s entertainment with substance.”

Intertwined #1 is set to arrive in October.

I see a great deal of potential here, and I hope the final result is as crazy, over the top, and dark (in a good way), as the above images tease. If so, this could be my new favorite series. Guess I’ll have to wait until October to find out.  The most recent Shaft series was extremely good, and if this comes close to that, then I think we’ll have a hit on our hands.