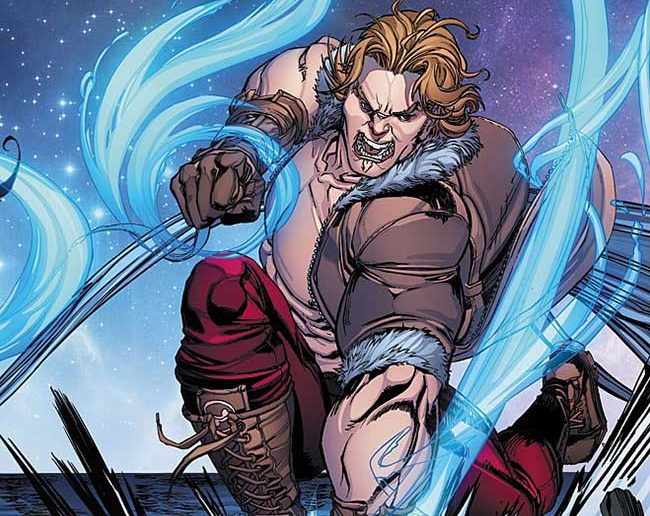 By Stephen Schleicher on September 22, 2015 0 Comments

A new Fathom Blue arrives in stores tomorrow, but today you can check out a sneak peek from Aspen Comics.

The team plans their escape from The Rig, but discovers that escape is easier said than done with the might of the U.S. Navy bearing down on them. Meanwhile, Elia Fawn is dealing with her own personal demons—ones which could destroy all of human existence altogether!
FATHOM BLUE #4 is in stores September 23rd, 2015!