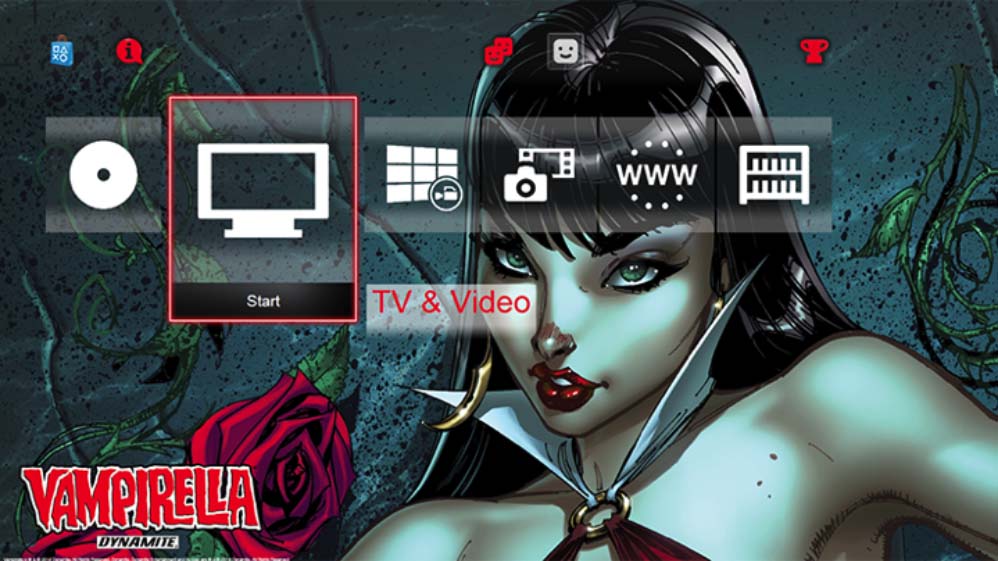 Vampirella is a raven-haired heroine who remains, even after 45 years of publication, one of the comic industry’s leading ladies, due in no small part to Dynamite Entertainment’s stewardship of the character. Since Vampirella’s very healthy resurgence in 2010, Dynamite has published two volumes of a monthly series, several miniseries and one-shot specials, and crossovers with multimedia brands and comic book peers. The Vampirella franchise is a haven for writers and artists with a penchant for the macabre.

Red Sonja, known also as “The She-Devil with a Sword,” is renowned as fantasy fiction’s most prominent female character, formerly a swashbuckling ally of the Robert E. Howard character, Conan. Her early adventures in the Marvel Feature comic book series led to a successful ongoing Red Sonja solo series, a celebrated run of comics from 1976 through 1979. Dynamite Entertainment acquired the Red Sonja license in 2005 as their second-ever published title, arriving on newsstands to critical acclaim and a very receptive audience. Dynamite has since published over one hundred Red Sonja comic books, including crossovers with popular characters including Conan, Dejah Thoris (of Warlord of Mars), Vampirella, Spider-Man, and more. The Red Sonja and Vampirella themes for PS4 allow users to view amazing art each time they boot up their game systems, and are available for purchase here:

“At The Powell Group, we pride ourselves in coming up with resourceful and creative ways to reach fans and implement alternative revenue streams for our clients,” says Jay Powell, Founder and CEO. “Dynamite has a great depth of content and gorgeous artwork, making PlayStation themes an easy win.”

About The Powell Group:

The Powell Group is a boutique consultancy specializing in licensing, business development and marketing and PR for the videogames industry. Founder Jay Powell has over 15 years of experience in licensing and has worked with companies such as Disney, Nickelodeon, National Geographic and dozens of other licenses. For more information about their services, please visit http://powellgroupconsulting.com/