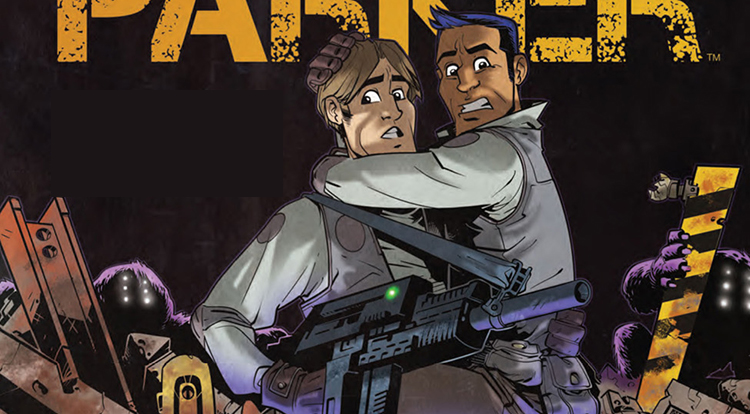 This week, the adventures of the SpaceEx employees gets collected into a trade paperback. If you haven’t read the series, here’s your chance to open the cover and get a sneak peek.

GAME OVER Set in the not so distant future, a group of SpaceEx employees spend their days doing what they always do: loading and unloading cargo all over the universe and playing video games. That is, until they have to deliver a ‘classified’ package to the most dangerous planet in the galaxy. The ragtag team of slackers, malcontents, and gamers must put all their skills (or lack thereof) to the test if they want to survive.