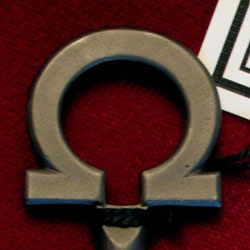 Fans of IDW Publishing’s Locke & Key have hopefully been snatching up the officially licensed keys made by Skelton Crew Studio.  Those going to the San Diego Comic-Con are going to get a chance to grab an exclusive Omega Key.

A limited edition Omega Key in dull black nickel-plated pewter, the same finish as the Whispering Iron, just like Benjamin Locke cast it. The run size is 250 and we expect to have a very, very limited number up for sale on the site the Monday after con. Who is going, and who can pick me up one of these?

Next up for Skelton Crew Studio will be the Music Box.