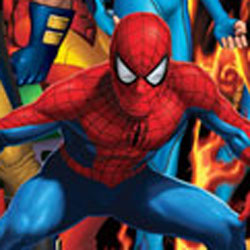 By Stephen Schleicher on November 3, 2011 7 Comments

Marvel has announced it is taking its comic line and releasing it digital day and date with the print edition. This isn’t anything that should come as a big surprise, the company has been hinting at it for a while with many of its individual issues, and with pressure from DC and other publishers, it was something that needed to be done.

But hold on, the news isn’t perfect.

The digital day and date release won’t be one massive flood of comics on your digital device, instead, Marvel will be rolling out the titles slowly between now and March 2012, which according to Gizmodo, should coincide with major story arc moments from the company.

While this is a huge deal for Marvel fans, Marvel won’t be sending everything to the cloud. Marvel will not be releasing third-party works like The Stand and the MAX imprint, the later more than likely due to Apple’s anti-adult content policy.

The transition is almost complete, folks. There are a few publishers that are still dragging their heals, but for the most part, by this time next year, if you want to ditch print for digital, you’ll be able to do so without missing a single issue.