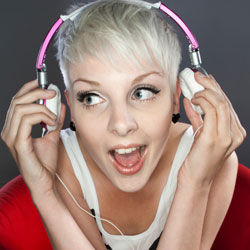 On the Next Major Spoilers Podcast: Chew

This week, on the Major Spoilers Podcast, the crew sits down to chew the fat on Image Comics’ Chew. Set in a world where all chicken and other bird meats are illegal, after a catastrophic outbreak of the bird flu that killed 23 million Americans, Chew centers on Tony Chu, a police detective who is a “cibopath”, who detects psychic impressions from whatever he eats. Tony becomes a Vice Cop with the Philadelphia Police Department, and when on assignment, trying to find people smuggling chicken, he enters a Black Market Chicken Restaurant on invitation from the FDA. He has a bowl of chicken soup only to find he gets a psychic impression of the cook killing people and then putting them into the soup. He goes to bust the cook, only for the cook to kill himself outside the restaurant. Chu then eats the cook to find out the names of the rest of the victims. He is fired from his job with the Philadelphia PD and gets hired on to the FDA by an agent named Mason Savoy, who is also a cibopath.