Hero By Night Gets Television Treatment 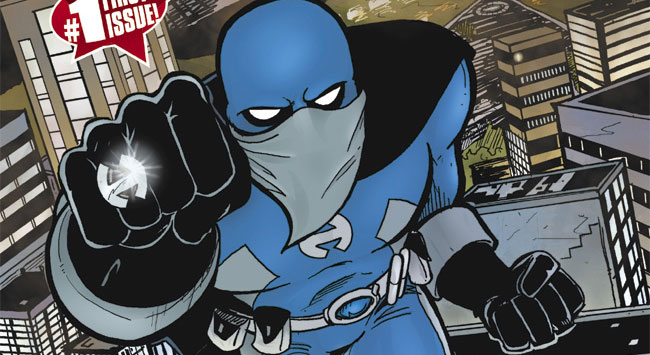 Under the agreement, IM Global will handle worldwide distribution for the project and will produce Hero By Night through their IM Global Television banner run by television veteran Gavin Reardon, who brokered the deal along with the Rigberg Entertainment Group.

Hero By Night, created by 2006 Comic Book ChallengeÂ® winner, DJ Coffman, tells the story of young landlord, Jack King, who uncovers the lair of the legendary Hero by Night . Determined to make a little extra cash, Jack auctions the Heroâ€™s journal on eBay. His plans backfire when he attracts the attention of Hero by Nightâ€™s old arch-enemy. Jack must now embrace a buried legacy to stop a madman from completing his diabolical schemes.

I liked Hero By NIght when it debuted a couple of years ago, and respected what DJ Coffman was doing with his series.Â  With all the smack talk he’s been spreading about Platinum Studios, I don’t know if he’ll gain financially, but at least it will get his name out there for any other project he is working on.

With IM Global behind the deal, we might actually see this series be made.Â  But, we have to be somewhat realistic about any television series announcement.Â  The IM Global could market this oversees only, or the show will fall into syndication hell, where it will be near impossible for the average viewer to find.