They Fell from the Sky #1 Review

By Christopher Rondeau on February 4, 2021 0 Comments

Tommy Murphy is just an ordinary kid dealing with ordinary problems. But a chance encounter in the woods may change his life forever. Find out more in They Fell from the Sky #1 by Mad Cave Studios!

THEY FELL FROM THE SKY #1 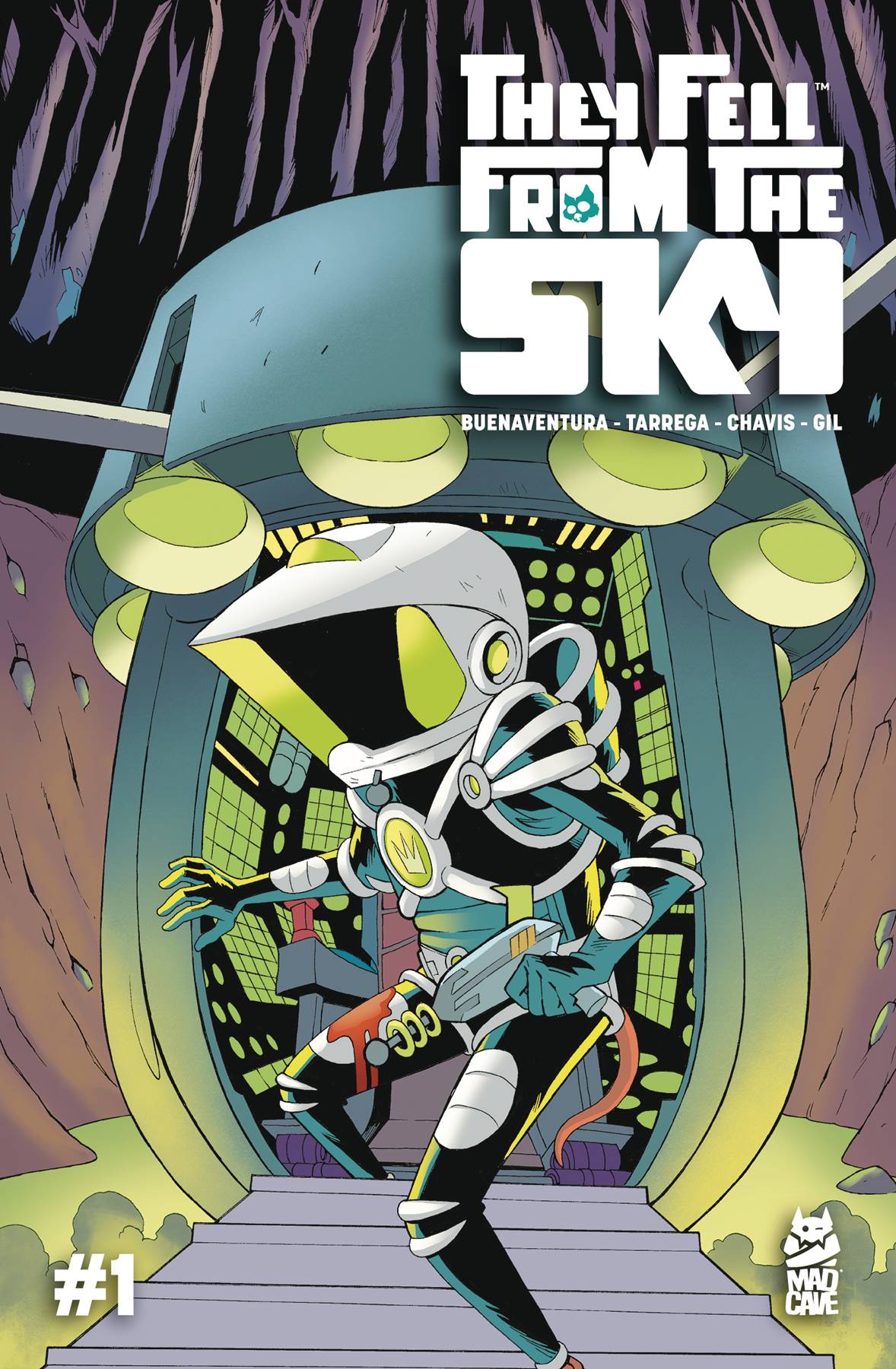 Previously in They Fell from the Sky: Tommy is a young kid attending Boonville High. He enjoys the show “Space Journey” and models himself after the show’s “Captain Dirk”. While he fights with his older sister and parents, they all have each their best interests at heart.

Tommy spends his nights staying up late to watch his favorite show “Space Journey” with his friends. During the day, he goes to Boonville High and talks about the show with his friends. This causes him to become the target of the school bully, Jeremy. Tommy’s sister doesn’t come to his rescue but hands him some money to buy a new lunch after his current one was taken and destroyed by Jeremy. After school, Tommy heads to the comic bookstore when Jeremy arrives to pick a fight with the city drunk. Taking after “Captain Dirk”, Tommy runs out to defend him and insults Jeremy. Jeremy responds with violence and a sheriff must intervene. After the fight ends, the blame is pinned on Tommy and the Sheriff calls him a “beaner”.

Tommy runs home and gets into an argument with his father who ridicules him for not helping with the farm work. After hiding in a treehouse to watch his show, he hears a crash and finds a UFO. But not only that, the ship is carrying life on it! After realizing the alien is injured, he resolves to help.

LOOKING UP TO YOUR HEROES

This is a well written story even if there aren’t very many new ideas here. From the Star Trek rip off to the kid finding the alien in his backyard; it is nothing we haven’t seen before. But that doesn’t mean that the story isn’t worth picking up. I assume this is going to be a coming-of-age story where Tommy must deal with a family who doesn’t understand his interests. That and the comic seems to also be tackling racism as an issue which is a difficult topic.

The alien stuff didn’t interest me and was only featured slightly in the story. What caught my attention is speculating how Tommy is going to grow from this experience. What lessons is he going to learn that will help him deal with his family? Or even racism? Could be a real worthwhile series.

I think this could be a good young-reader book. This is something I would be willing to give a middle-schooler who may just be able to learn something under a guise of a science-fiction comic book. Tommy is relatable and a solid protagonist. I think we all root for him and his sense of justice when dealing with his bully. 4 out of 5 for this book from me. Good stuff.

They Fell from the Sky

They Fell from the Sky tells a story of protagonist, Tommy, dealing with real and relatable problems even before the science-fiction elements are fully introduced.