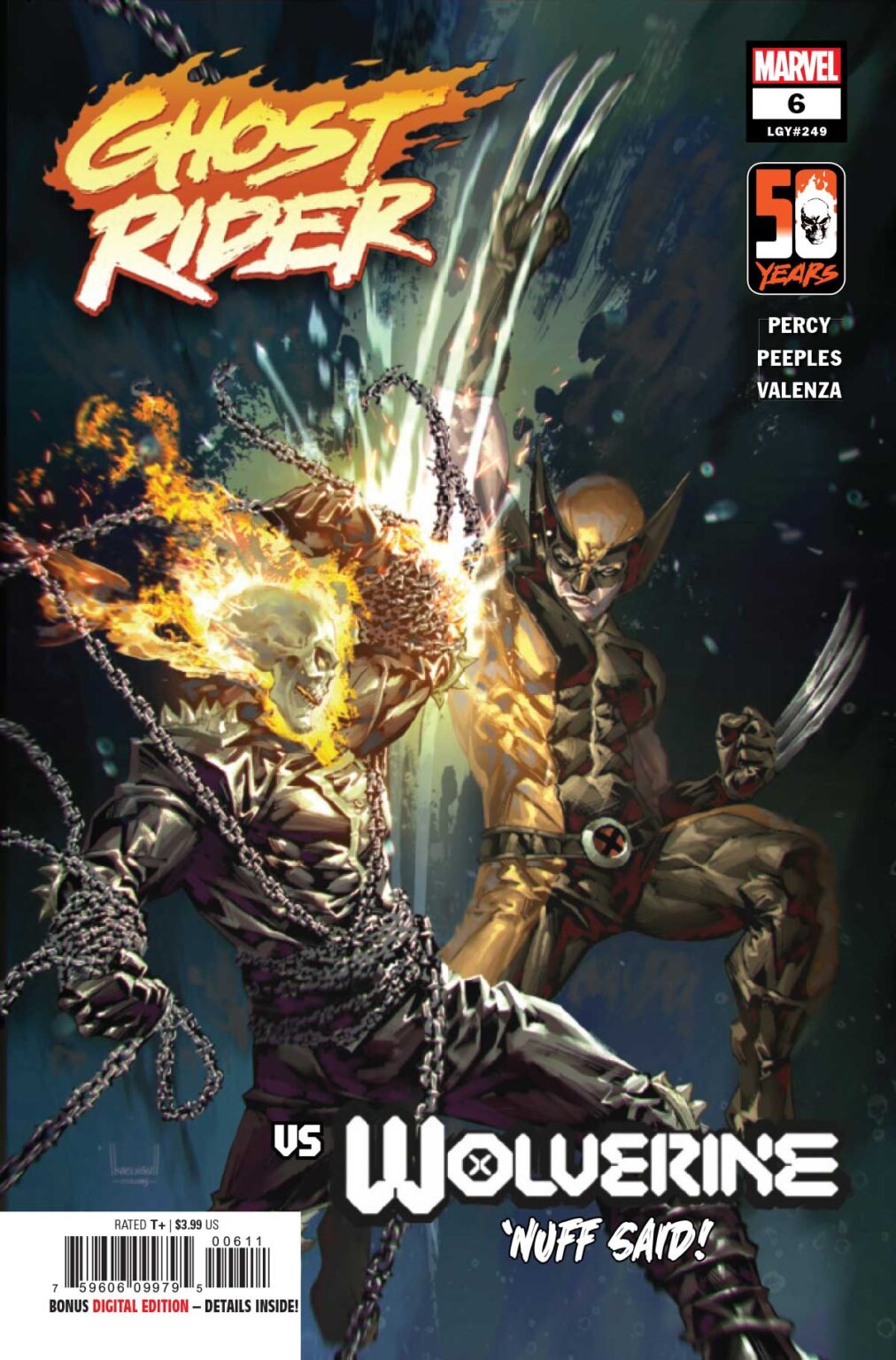 Take the jump for a sneak peek at Ghost Rider #6 from Marvel Comics.

GHOST RIDER #6
BENJAMIN PERCY (W) • Brent Peeples (A)
Cover by KAEL NGU
Variant Cover by Björn Barends
MARVEL’S VOICES COMMUNITY VARIANT COVER
BY LEONARDO ROMERO
There’s somebody else out there who knows what it means to suffer — to feel sickened by the pain and suffering they’ve inflicted on the world — and his name is Logan. After the motorcycle rally at Hell’s Backbone, Wolverine and Johnny Blaze are brought together, but will they race forward as enemies or allies in the war against the shadow country?
32 PGS./Rated T+ …$3.99
order using 75960609979500611