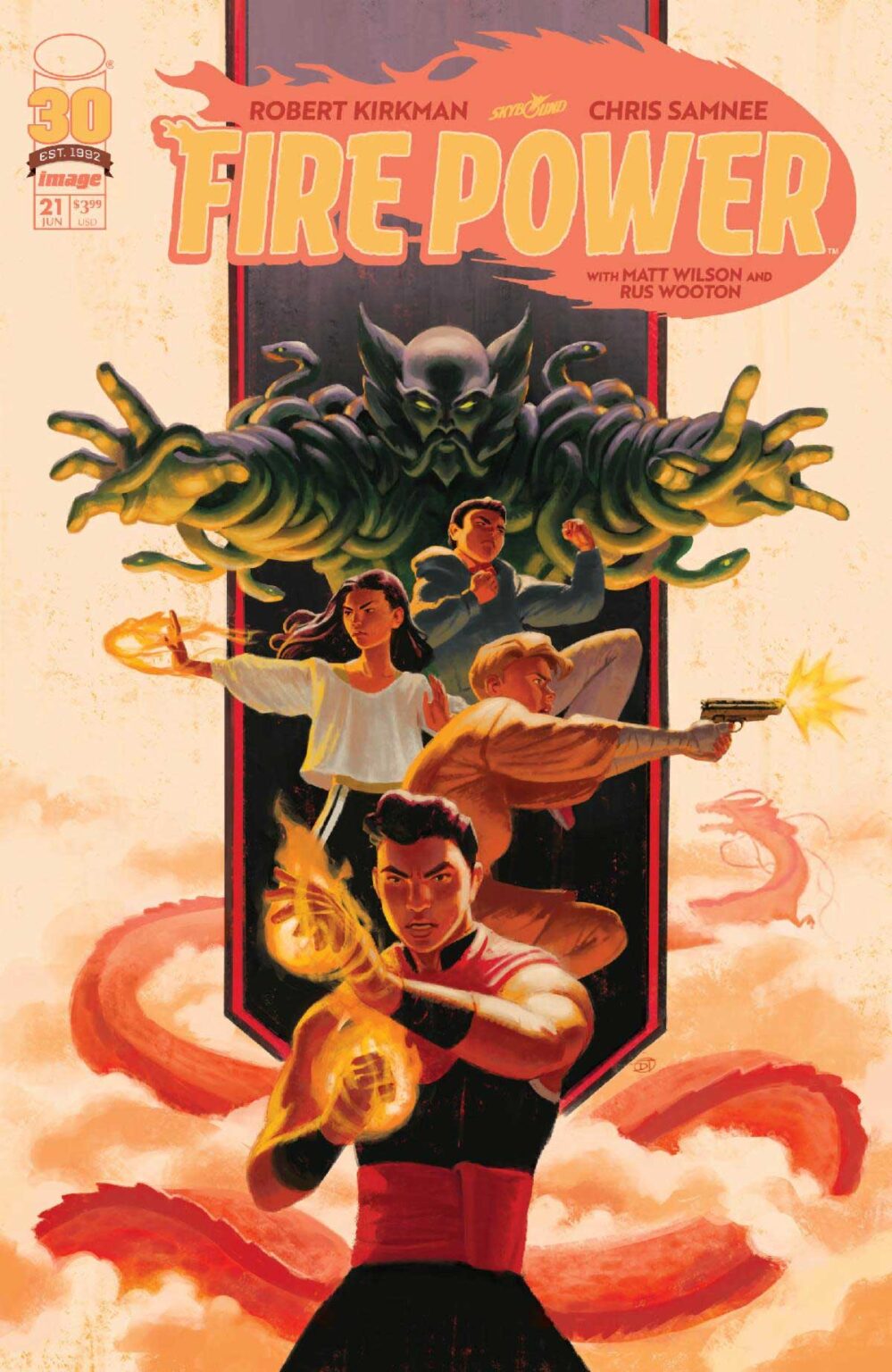 Skybound Entertainment released an early look at Fire Power #21 by Robert Kirkman and Chris Samnee. It is an unlettered preview, but considering what is going on, word balloons may not be needed.