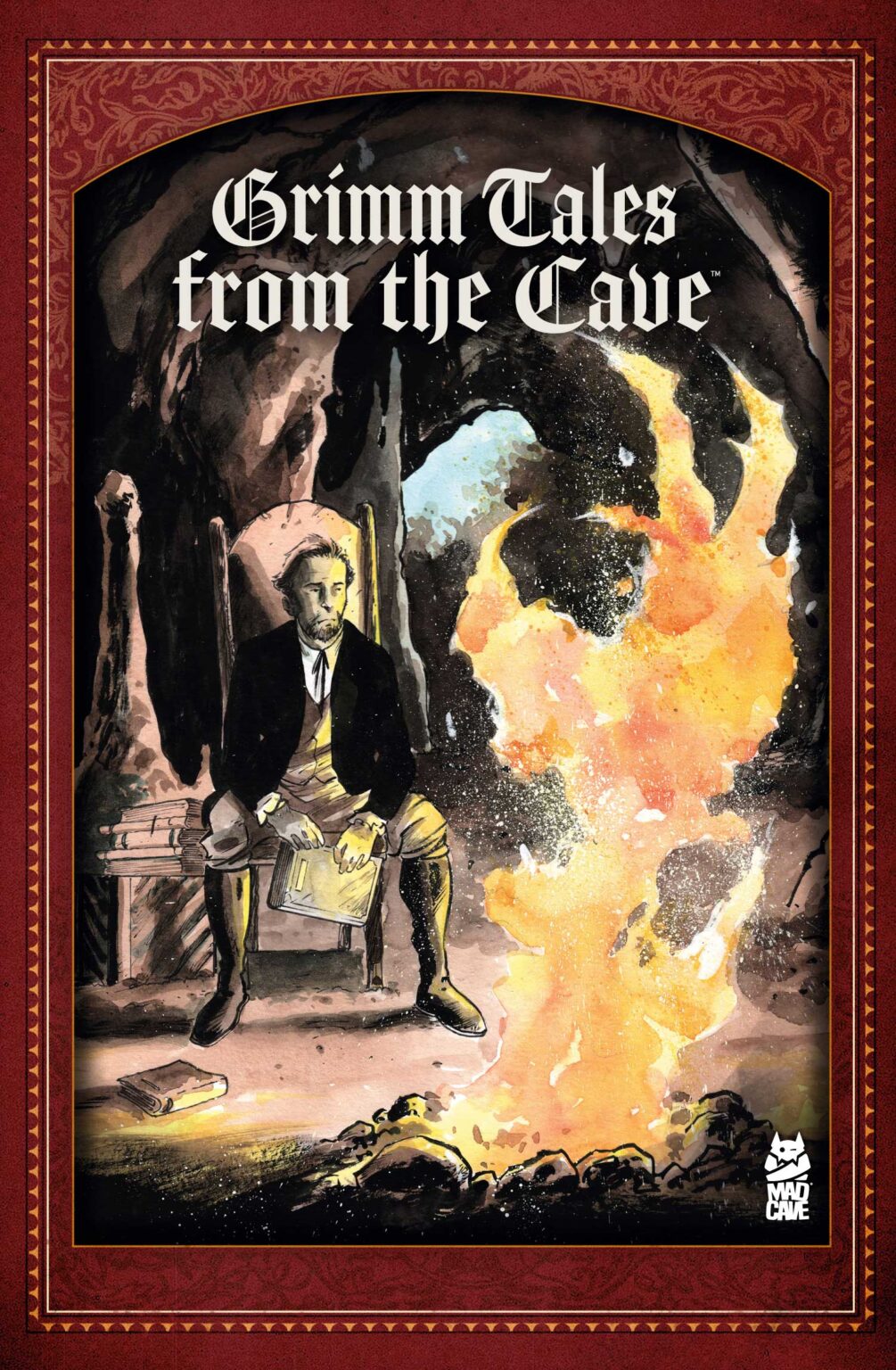 Mad Cave Studios has released an early look at Grimm Tales From The Cave, a horror anthology series inspired by the original Grimm Fairy Tales.

“I love the idea of using fairy tales as a springboard for horror stories,” said writer Cullen Bunn in a press release. “I love that so many new creators are involved in the book, so when they asked if I’d like to write one of the stories, I simply couldn’t resist!”

“When Cullen and Chris pitched the idea of a Brothers Grimm fairy tale set in modern times, I thought to myself: “Hell, why didn’t we think of this sooner!” said artist Andrea Mutti in the same release. “So light a candle, and get ready for tales from the Brothers Grimm like you’ve never seen before!”

Grimm Tales from the Cave is scheduled to arrive on October 27, 2021.