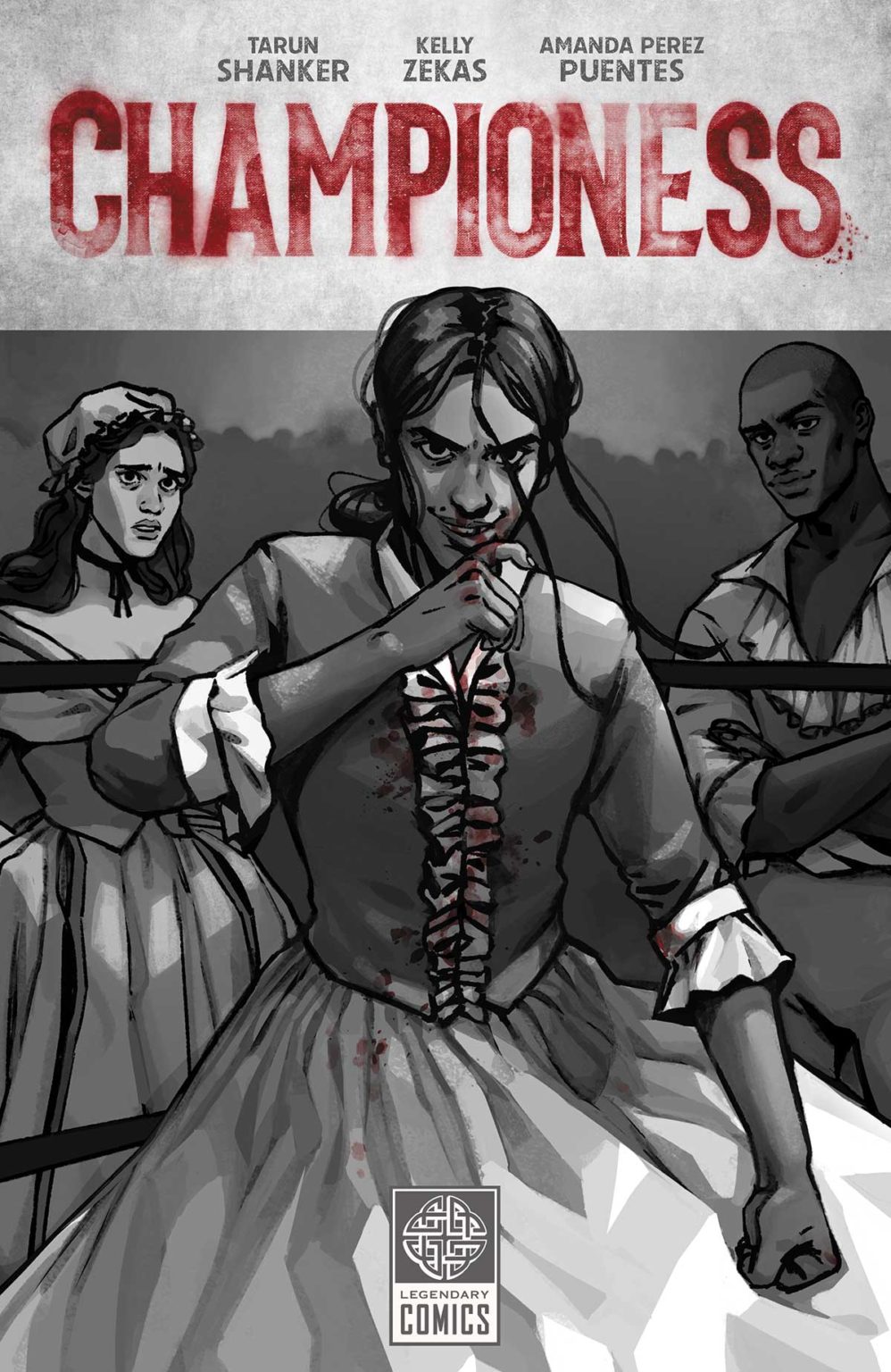 Legendary Comics sent major Spoilers this sneak peek of Championess, based on the true story of Elizabeth Wilkinson, a bare-knuckle boxer from 18th century London.