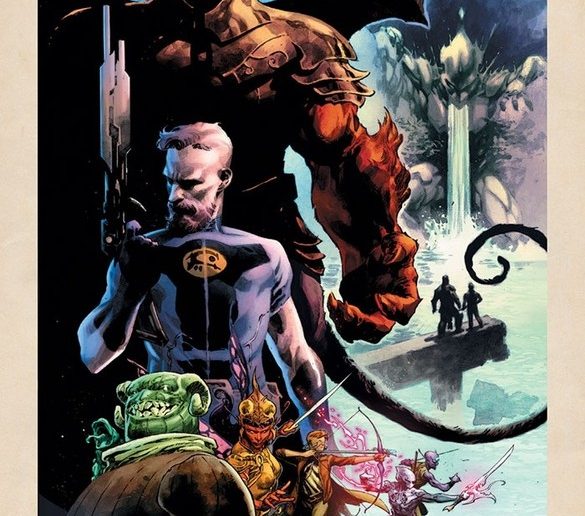 Image Comics has announced that Seven to Eternity from Rick Remender and Jerome Opeña will kick off its final arc in November.

“We’ve spent over half a decade on this series, and everyone involved has worked themselves to death to make sure we land the plane in the same high style we launched it with,” said Remender in a press release from Image Comics. “Jerome and Matt have put an ungodly amount of love into every single panel and we are all so excited to share the final leg of the journey with our patient readers.” 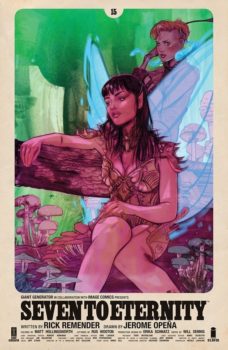 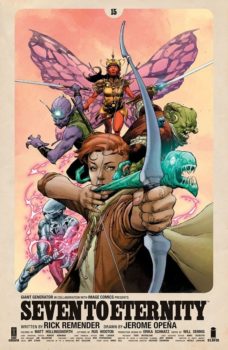 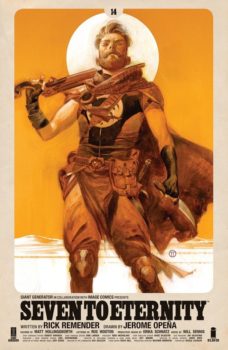 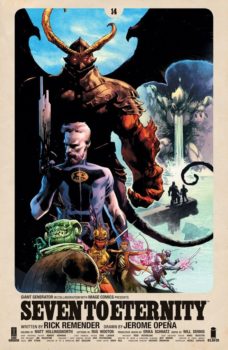 Seven to Eternity #17 will be an extra-length issue according to the publisher.