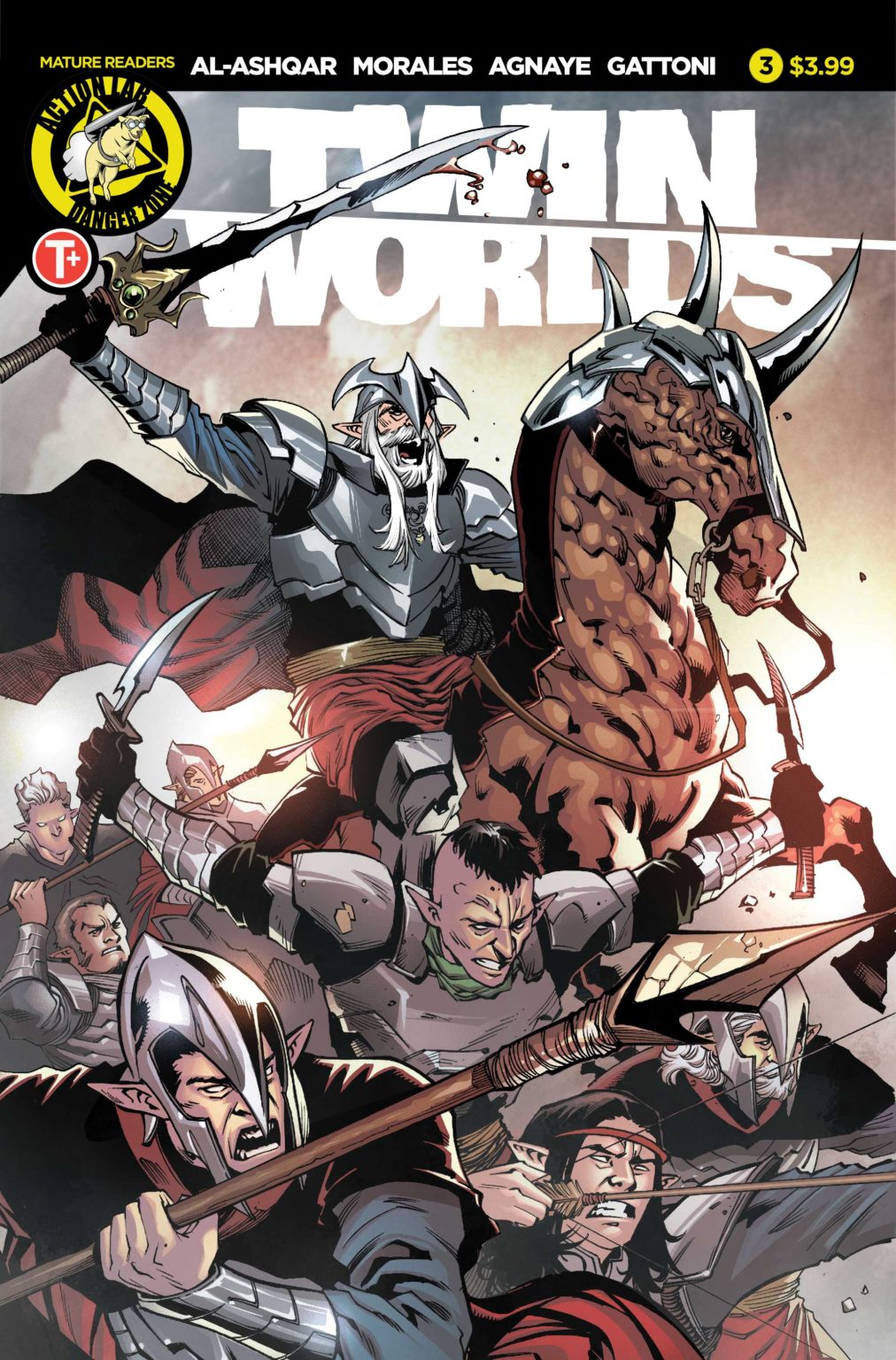 The Earthers’ brutal airstrike campaign has brought the Drakarran nation to its knees. Natives of the rival Zila tribe have sided with the Earthers and move in for a ground invasion. Vin Raja consults his oracle in despair; meanwhile, the Earther General Auron gloats and envisions his greater ambitions. Following the death of their mother, the Vin twins seek to escape under the care of the warrior Zara. Reviled as Earther-Tassonite hybrids, it is not only the Earthers they must fear.