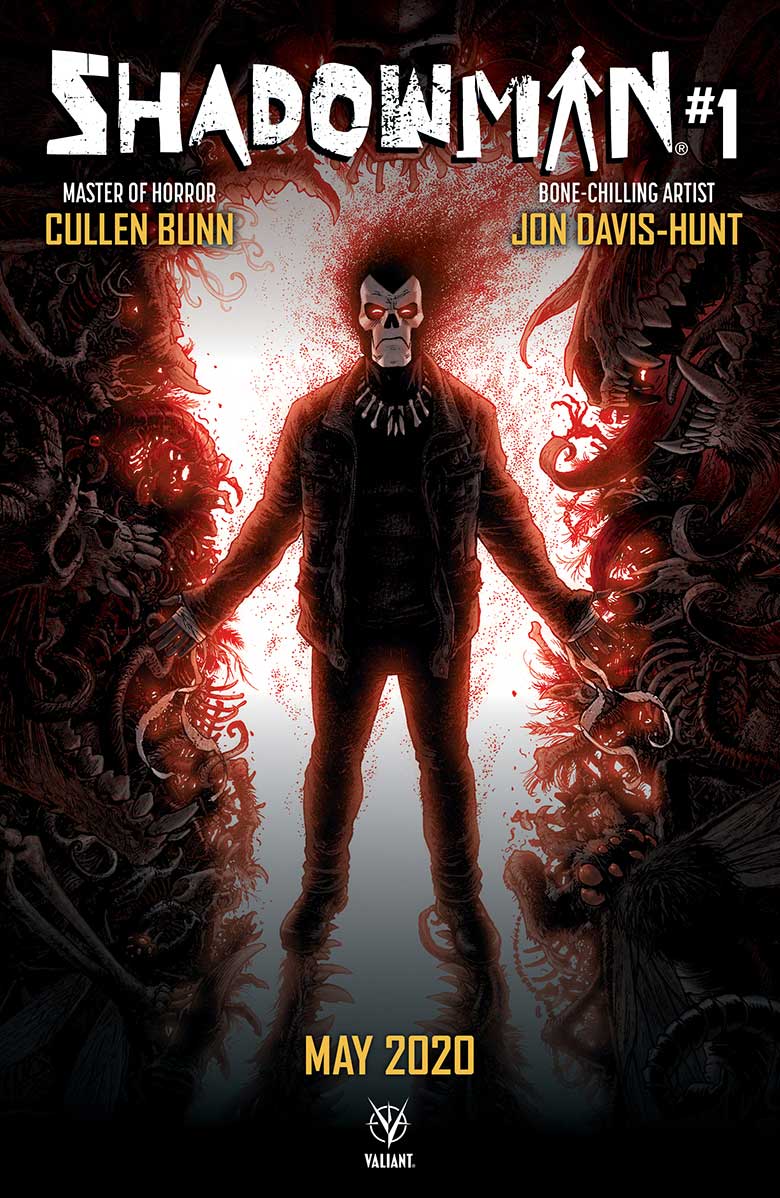 Shadowman #1 arrives in May

Cullen Bunn is a writing machine, and in his latest project Bunn is teaming with Jon Davis-Hunt for Shadowman at Valiant Entertainment.

In this brand-new series, Jack Boniface, a.k.a. SHADOWMAN, faces the terrors that tear at the fabric of humanity’s world. Every chapter of SHADOWMAN is a standalone descent into horror while something far more sinister emerges from shadows.

“We’re taking Shadowman in some directions he’s never been taken before,” said Bunn in a press release from Valiant Entertainment. “He’s confronting a growing supernatural threat that is popping up all over the world. We are introducing the concept of the Blight, which is a weakening of the veil between our world and the Deadside. And these Blights occur in places of great sorrow and misery and evil.” Cullen also teased a new threat that will have a major impact beyond this series. “We’re also introducing a new villain who will be changing the face of the supernatural in the Valiant Universe.”