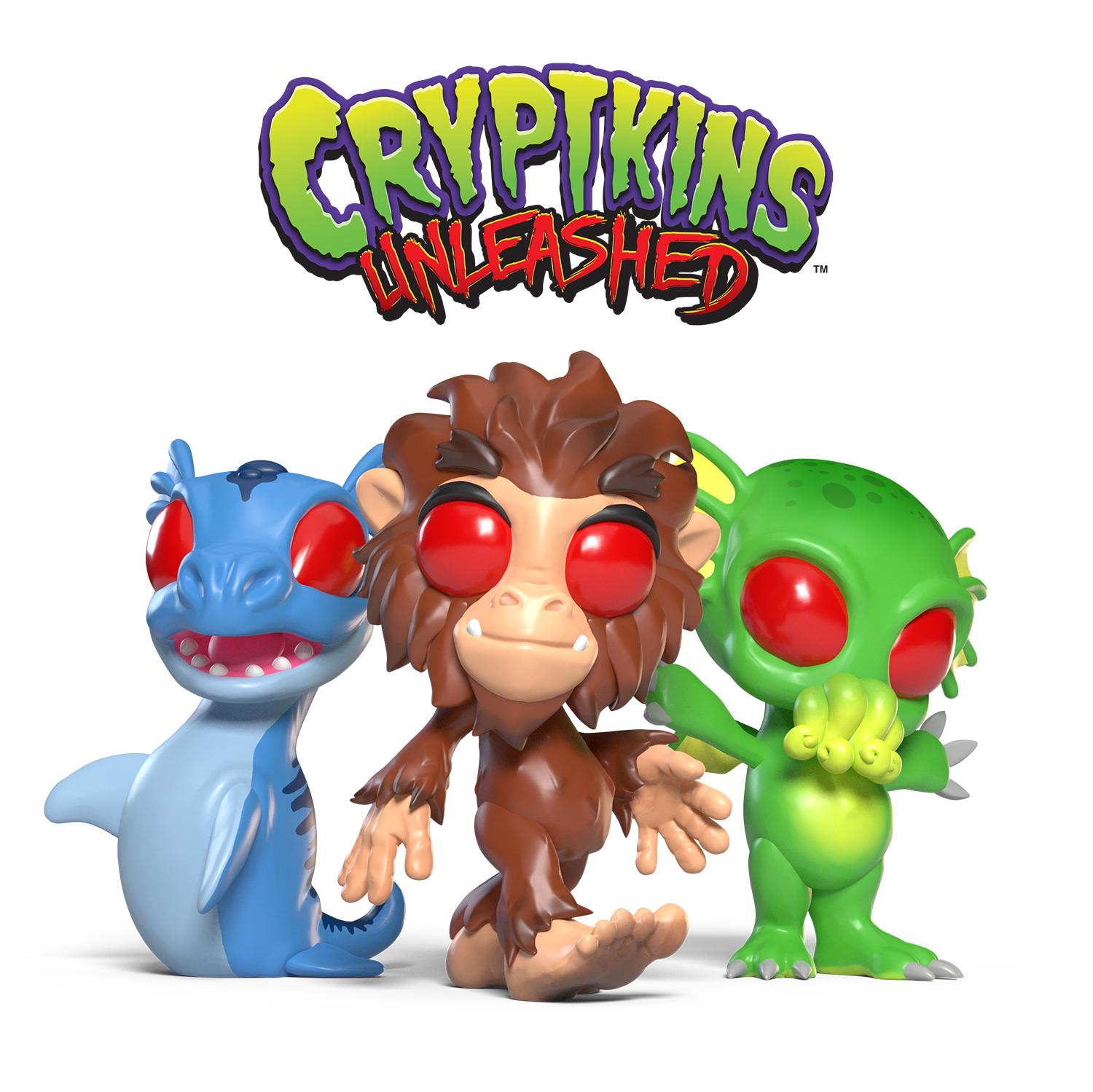 Cryptozoic Entertainment, leading creator of board games, trading cards, and collectibles, today announced that it will preview upcoming products in all categories at Toy Fair New York, February 22-25 at the Javits Center in New York City. The 117th Annual North American International Toy Fair is run by The Toy Association, Inc. and billed as the largest toy trade show in the Western Hemisphere, bringing together manufacturers, distributors, importers, and sales agents.

“Toy Fair represents an opportunity to show the industry that in our 10th year, Cryptozoic continues to deliver compelling products with our licensors while also cultivating our own home-grown properties.” said Jamie Kiskis, VP of Marketing & Product Development at Cryptozoic. “We’re excited to showcase our larger Cryptkins figures, which will help take our original IP to the next level. Gamers can look forward to new releases in the Epic Spell Wars series and our evergreen DC Deck-Building Game line that will surprise and delight diehard players. Steven Universe and Outlander fans are some of the most passionate out there, so as a company that has the motto ‘Fans First,’ we are pulling out all the stops to create products that they will love in 2020.”

In terms of collectibles, Cryptozoic’s booth will showcase products coming out this summer: Catwoman Movie Collectible: Based on the classic version of Catwoman in 1992’s Batman Returns, this 7.5-inch vinyl figure captures all the personality and details of the femme fatale, including her iconic costume and whip. Designed by Pedro Astudillo and sculpted by Anders Ehrenborg, it comes packaged inside a display-worthy window box.

Cryptozoic’s games at the event feature a title based on a beloved TV show and the latest entries in two popular game series:

Steven Universe: Beach-a-Palooza Card Battling Game: Based on Cartoon Network’s hit series, this easy-to-learn card-drafting game features a fun battle-of-the-bands theme and eye-catching art with fan-favorite characters. Designed by Erica Bouyouris and Andrew Wolf, it lets 2-6 players each become a Steven and try to recruit characters to their Stage and Audience at Beach City’s event of the year, while fending off Party Crashers—Corrupted and Homeworld Gems—who want to ruin their amazing performance. Epic Spell Wars of the Battle Wizards: Hijinx at Hell High: The fifth entry in the hugely popular series brings all the spellcrafting and trademark over-the-top humor and art to the world of high school. In the game, 2-6 players move up and down the Social Status Board, which ranges from the Ultimate Loser to Class President, and utilize the new keyword “Bully” as they try to annihilate their fellow Wizards.

DC Deck-Building Game: Dark Nights: Metal: Based on the hugely popular Dark Nights: Metal comic book series, this latest entry in the DC Deck-Building Game series lets 2-5 players take on The Batman Who Laughs and other evil versions of the Caped Crusader from the Dark Multiverse. Players must Rescue and Recruit fellow members of the Justice League, take advantage of instant rewards for defeating Super-Villains, and utilize foil cards with the new sub-type “Metal” as they race to save the Multiverse. Finally, Cryptozoic will preview a highly anticipated trading card set that will be released in the first half of 2020:

Outlander Trading Cards Season 4: The latest trading card set based on Starz’s beloved time-travel drama features autographs from Ed Speleers and other major cast members who will be announced soon. Based on the fourth season of the show, which finds Claire and Jamie trying to make a new home in 18th century America, the release includes a 72-card Base Set, four Chase Sets, and randomly inserted Autograph Cards and Wardrobe Cards that contain pieces of fabric used to make the lavish costumes in the show.