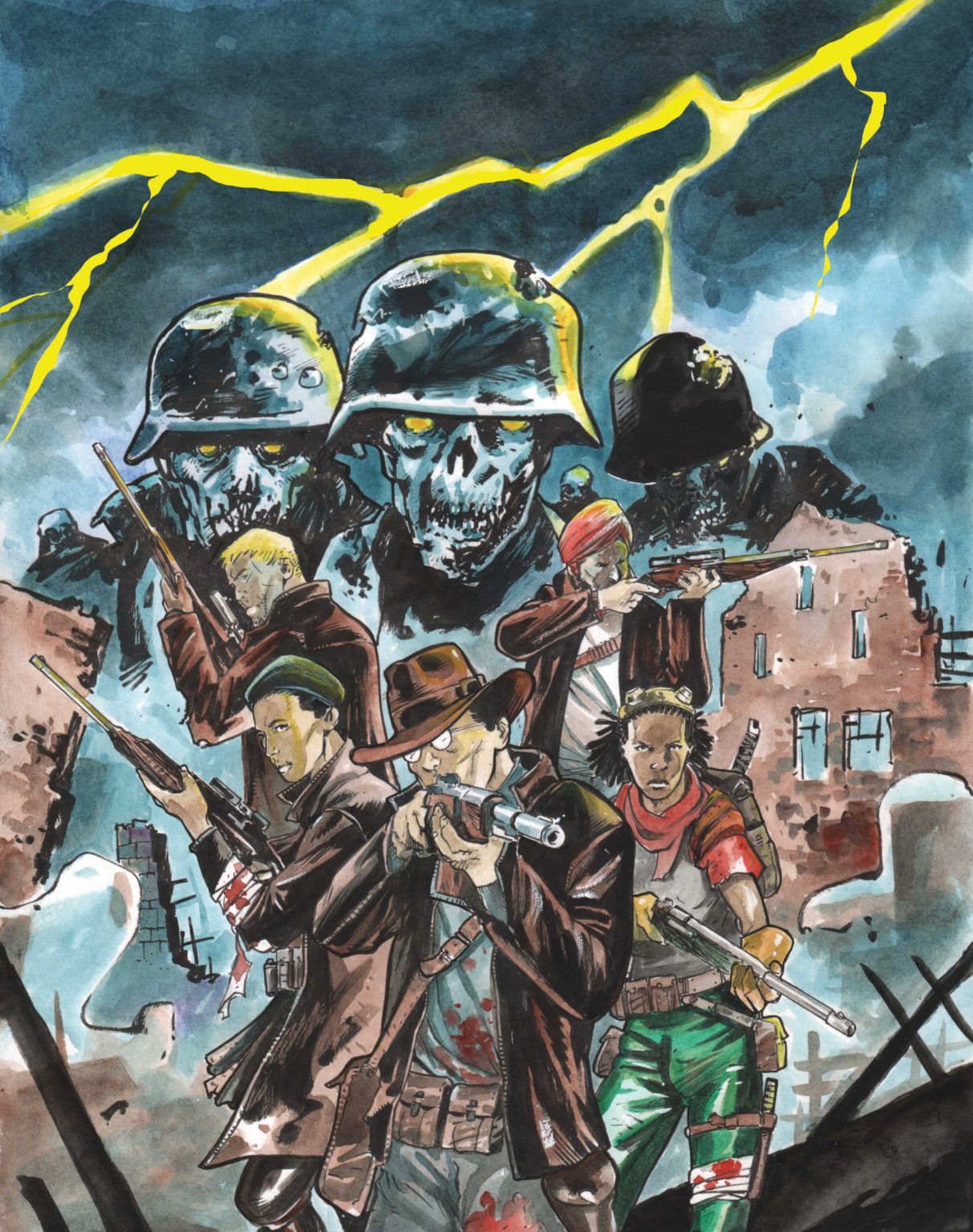 Chris Roberson takes on the undead in Last Rites

Are you ready for more zombie adventures? In January, Chris Roberson (iZombie) brings us Last Rites in the pages of Judge Dredd Magazine #416. In the crossover between comics and video games that only a company like Rebellion can pull off, Last Rites tells the story of a squad of deadhunters led by Efram Schweiger, and includes characters from the best-selling Zombie Army series of games.

World War Two is over and Hitler is dead … but the Dead War is just beginning! As the team pushes through Southern France, clearing out what they believe to be the last of the dead, they encounter a town in which a new zombie threat is emerging, and must fight for their lives…